As per details, the ill-fated incident occurred Nabipura Railway Crossing where oil tanker was stopped due to fault in excel, killing two train drivers namely Abdul Latif and Abdul Hameed and injuring six other passengers.

At least six bogies and engine of the train caught fire. The fire quickly spread engulfing at least three carriages near the engine. However, the passengers were evacuated.

The tanker had been stuck on the crossing due to a broken axle, according to officials cited in reports.

Police and rescue teams rushed to the spot, while the rescue teams have extinguished the fire. The injured were shifted to a nearby hospital for medical assistance. 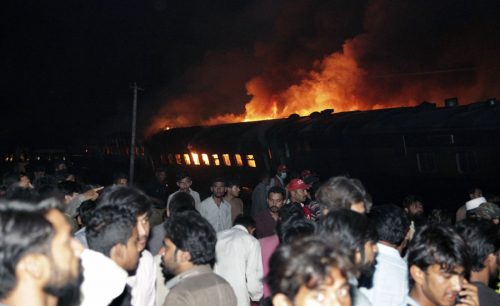 The passengers of the train were sent to Karachi via alternative train, while the operation is underway to clear the track.

On the other hand, police have detained the driver of oil tanker and gate keeper of the railway track.

According to eye witness, the gate keeper tried to stop the train but the train could not be stopped due to the speed.

He said that the incident will be investigated and stern action will be taken against the responsible persons. 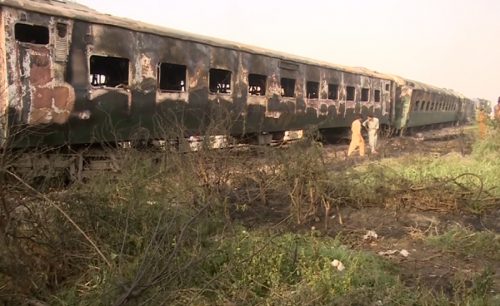