Travis Head holds on to give Australia hope in first Test 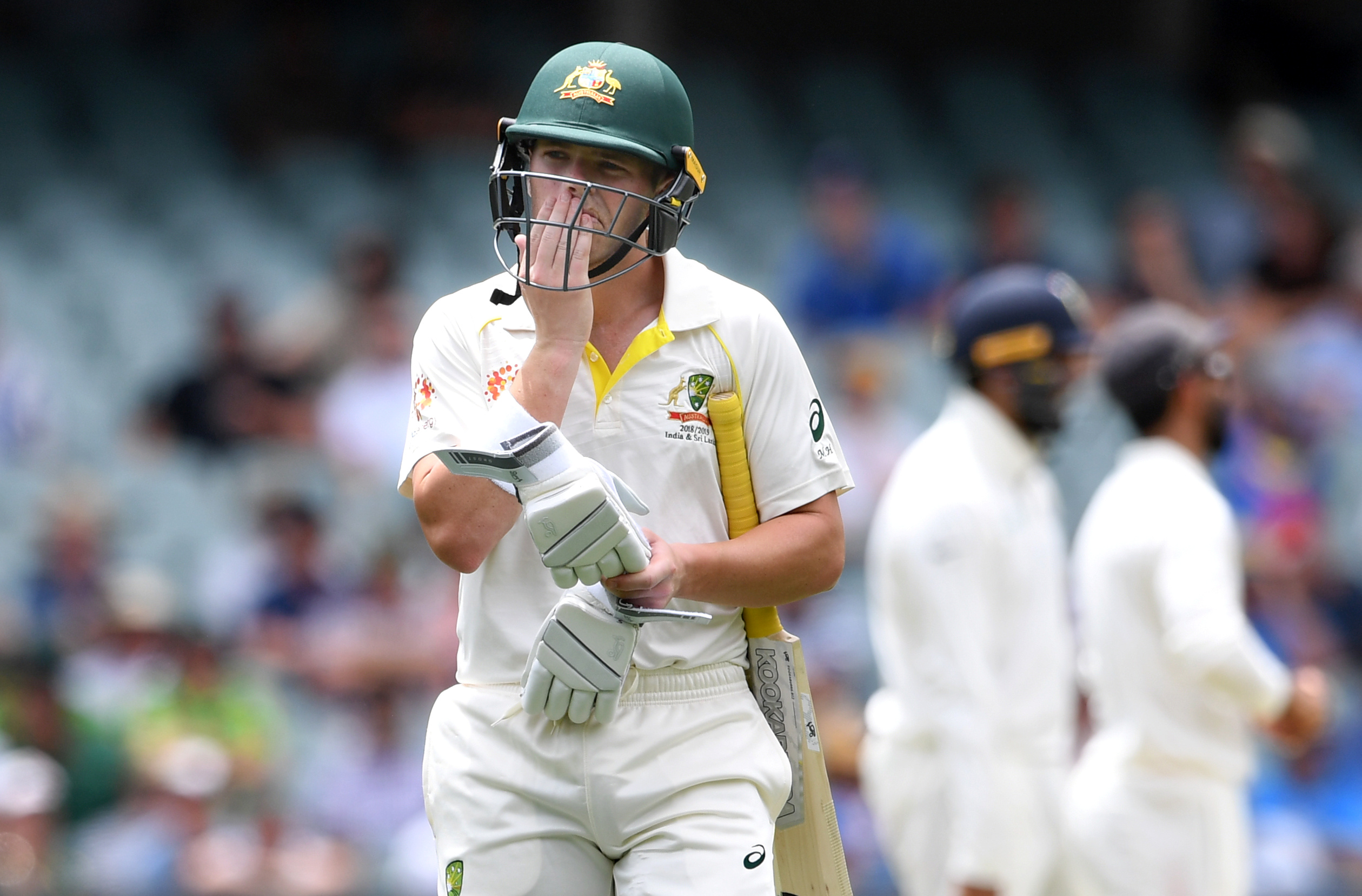 Travis Head holds on to give Australia hope in first Test

ADELAIDE (Reuters) - Travis Head scored an unbeaten half-century on his home debut to give Australia hope of reeling in India’s first innings lead at the close of day two of the first Test on Friday. Australia were 191 for seven, with Head 61 not out and tailender Mitchell Starc on eight, still 59 runs short of India’s modest total of 250 after another baking hot day at Adelaide Oval. “It’s nice to do a good job for the team,” South Australia captain Head said after scoring his second fifty in his third test. “We’re hanging in there, India bowled exceptionally well and put us under pressure. “Fantastic little fight-back at the end there and sets up a really important first hour in the morning. If we can get close it’s game on.” Tim Paine’s side resumed on 117 for four after tea, with Peter Handscomb and Head tasked with salvaging the innings after spinner Ravichandran Ashwin tore through the top order with three wickets. Handscomb promptly threw away his wicket for 34 trying to fend Jasprit Bumrah to third man with an angled bat, a thick edge pouched by Rishabh Pant. Australia were soon reduced to 127 for six when captain Tim Paine edged a leaden-footed drive behind off Ishant Sharma to be out for five after a tortured 20-ball innings. The home side looked primed for a collapse but Pat Cummins and Head combined for a rare bout of resistance. After a grinding afternoon at the crease, Head tried to lift the run-rate against an ageing ball, smashing Mohammed Shami with a couple of fine drives to the fence. He cut a Murali Vijay delivery through the covers for a single to raise warm applause from the sun-baked crowd. He and Cummins carved out Australia’s first 50-run partnership but their stand was broken as soon as the second new ball was taken. Cummins declined to play a shot against a searing Bumrah delivery and was given out lbw. He then squandered a review attempting to overturn the decision despite the ball thudding into his rear pad, directly in front. Starc and Head negotiated the nervous final overs to give Australia hope of mustering enough runs on day three to remain competitive. India lost their final wicket on the first ball of the morning but Australia’s batsmen were equally quick to squander the advantage. Opener Aaron Finch was bowled for a third-ball duck by Ishant Sharma, while debutant Marcus Harris was caught for 26, with Ashwin breaking a 45-run partnership with Usman Khawaja. The crafty spinner ratcheted up the pressure with two wickets after lunch, continuing Shaun Marsh’s dreadful run of form in tests by enticing the number four to chop on his stumps for two, then captured the key wicket of Khawaja for 28. The recalled Handscomb made a better fist of partnering Khawaja, but Ashwin returned to break the partnership with a pearl of a delivery that flicked Khawaja’s glove on the way through to the keeper.