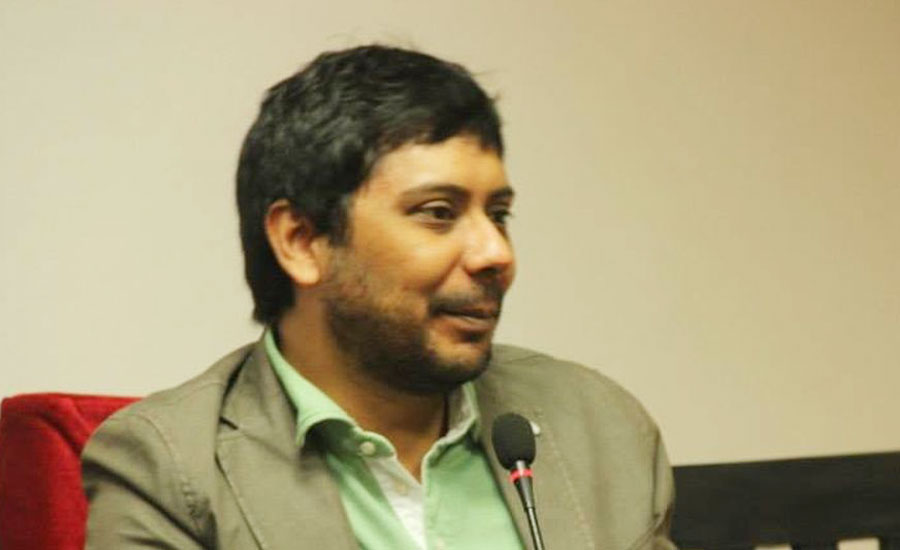 LAHORE (92 News) – The Lahore High Court (LHC) on Friday issued notice to journalist Cyril Almeida in treason case against former prime ministers Nawaz Sharif and Shahid Khaqan Abbasi. A three-member bench headed by Justice Mazhar Ali Akbar heard the case on a petition seeking treason case against Nawaz Sharif and Shahid Khaqan Abbasi. Abbasi appeared before court. During the hearing, the court asked that where is Cyril Almeida. After that the court issued notice to Cyril for appearing in next hearing. In his petition, the petitioner mentioned that former prime minister Shahid Khaqan Abbasi violated the oath and leaked the information of national security council committee’s meeting. However, the petition maintained that Nawaz Sharif betrayed the nation by giving controversial interview to the journalist of renowned English newspaper Cyril Almeida. Therefore; treason case should be initiated against both the leaders. To reply, Abbasi refused to share any information of national security council committee’s meeting with anyone. He also adopted a stance that he didn't receive any court notice and he was come to the LHC to pursue another case which he has filed against the decision of appellate tribunal that disqualified him for life After hearing arguments, the court adjourned the hearing of the case till September.