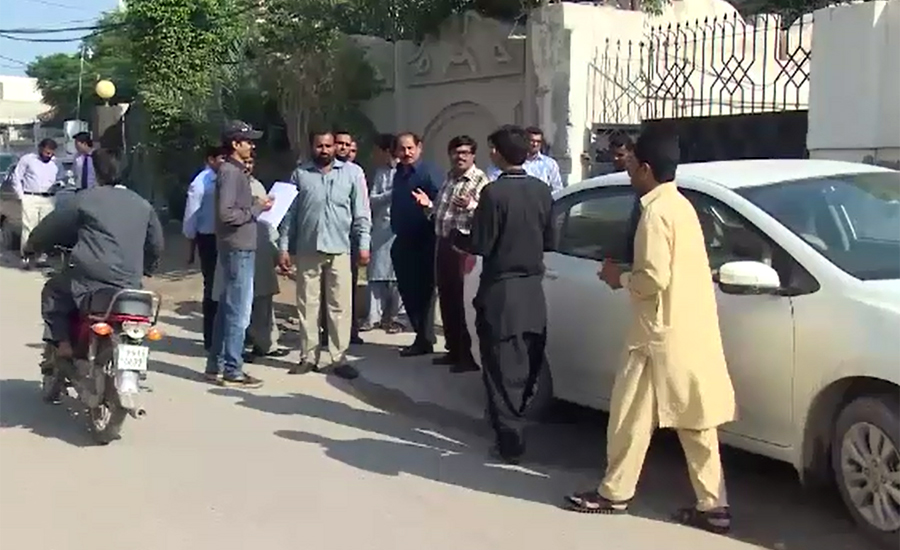 MIRPUR (92 News) – A man was killed while two injured when an earthquake again jolted Mirpur, Azad Jammu and Kashmir on Sunday. After the earthquake, people came out of their houses. The man was killed when the roof of a poultry farm fell on it. The earthquake measured 3.8 on the Richter Scale and its epicenter was 12km away from north-west of Jhelum. Aftershocks are continuing in the city since the earthquake hit the area on September 24. As many as 39 people were killed while over 400 wounded in the earthquake. According to the US Geological Survey, the earthquake measured 6.1 on the Richter Scale at a depth of 10km. According to the Pakistan Meteorological Department (PMD), the quake measured 5.7 on the Richter Scale and 12km north-west of Jhelum. Aftershocks were also felt in Lahore, Sheikhupura, Faisalabad, Islamabad, Rawalpindi, Peshawar, Kotli, Sialkot and Malakand. On September 26, at least 50 people were injured as aftershocks rocked the cities of Mirpur and Jhelum. Aftershocks of previous earthquake triggered fear among the people as another tremor hit the Azad Jammu Kashmir (AJK) areas. The aftershocks have further damaged buildings which left around 50 people injured so far. The centre of earthquake is only six kilometers far away from Jehlum. The depth of the tremor was 12 kilometers. The tremors struck Mirpur, Jhelum, Sargodha, Rawalakot, Narowal, Sangla Hill, Dina, Sheikhupura and other areas. People came out of their homes, offices, educational institutions and other buildings in panic.