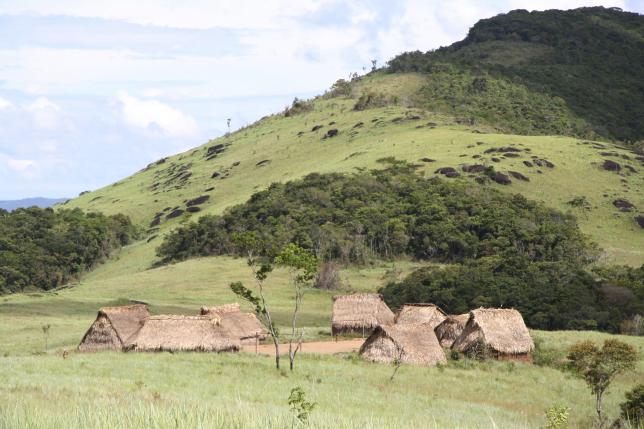 WASHINGTON - Everyone's body is brimming with bacteria, and these microbes do plenty of good things like building the immune system and helping digestion. But modern diets, antibiotics and hygiene seem to be reducing the range of microbes occupying our anatomy. A study published on Friday looking at the gut, mouth and skin microbes in people from a small, isolated tribe in southern Venezuela's Amazonian jungles shows just how much modern life may be altering humankind's bodily bacteria. The Yanomami villagers, secluded from the outside world until 2009, possessed the most diverse collection of bacteria ever found in people including some never before detected in humans, said scientists whose research appears in the journal Science Advances. The researchers were surprised to learn the Yanomami's microbes harbored antibiotic-resistant genes including those conferring resistance to manmade antibiotics, considering they never had exposure to commercial antibiotics. Every person hosts trillions of microbes, collectively called the microbiota, that live in and on virtually every part of the body. They contribute to functions essential to human health including immune system development, processing food and confronting invading pathogens. "Our study suggests that the pre-modern human microbiota was composed of a greater diversity of bacteria and a greater diversity of bacterial functions when compared to populations impacted by modern practices, such as processed foods and antibiotics," said pathology and immunology professor Gautam Dantas of Washington University in St. Louis. A microbiota diversity decline may be linked to the increase in the past several decades of immunological and metabolic diseases such as asthma, allergies, diabetes and obesity, said Maria Dominguez-Bello, a professor of medicine at New York University's Langone Medical Center. The researchers analyzed microbial samples from 34 of the 54 Yanomami villagers. They were compared to a United States group, another Venezuelan Amazonian indigenous people, the Guahibo, and residents of rural Malawi in southern Africa. Yanomami were found to have twice the number of microbe varieties of the U.S. subjects and 30 to 40 percent more diversity than the Malawians and Guahibo. Some of the bacteria found in the Yanomami but not in the others offer beneficial effects like protecting against kidney stones. The Yanomami are semi-nomadic hunter-gatherers in their remote mountainous region. "It really is a unique opportunity to contact communities with this ancient lifestyle," said Oscar Noya, a researcher with the Amazonic Center for Research and Control of Tropical Diseases in Venezuela who visited the villagers. - Reuters