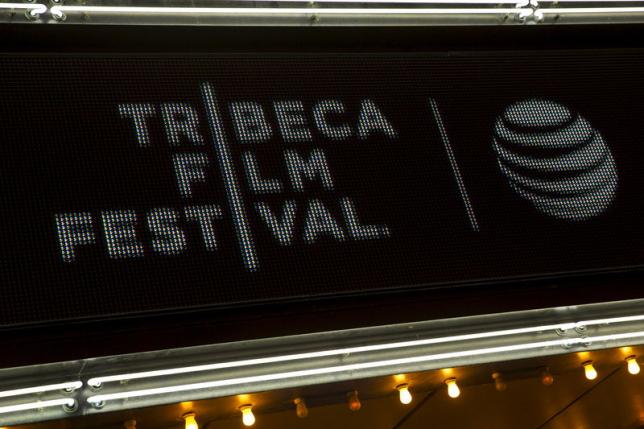 NEW YORK - The Tribeca Film Festival kicked off with a special screening of "Live From New York," a warts-and-all documentary that looks at the storied 40-year history of the late night comedy show "Saturday Night Live." Vietnamese-American filmmaker Bao Nguyen's movie, which opened the festival on Wednesday night, traces the show's evolution into a pop-cultural touchstone from its 1975 debut when, as frequent host actor Alec Baldwin notes, "No one thought it would last." The film blends archival footage of some of its best-known sketches and characters with cast interviews going back to original members Chevy Chase and Jane Curtin, and reflections from many of its high-profile satirical targets. The brainchild of producer Lorne Michaels, "Saturday Night Live" launched the careers of comedy stars ranging from Bill Murray and John Belushi to Eddie Murphy, Chris Rock and Martin Short. The movie, Nguyen's directorial debut, also mines subjects such as drugs, race and sexuality in a manner that were largely taboo on network television. "It was a variety show on acid," said Candice Bergen, the NBC show's first-ever female host. "The impact was tremendous," Steve Martin said in the film, "Overnight it was the hottest show in the country." Iconic figures including TV journalist Tom Brokaw, former New York mayor Rudolph Giuliani and Fox News' Bill O'Reilly voice a recurring theme that over the decades "Saturday Night Live" both reflected and influenced American culture. Actress Julia Louis-Dreyfus, who went on to greater fame in "Seinfeld," said "Saturday Night Live" was "definitely a sexist environment," but original cast member Laraine Newman contended that Michaels was a "champion of women's humour." Garrett Morris, the show's first black cast member, said the show didn't quite know how to use him. By 1981, however, Eddie Murphy had become one of "SNL"'s biggest breakout stars. Another section examines the dark days of the early 1980s, when the entire cast left along with Michaels and the show veered towards cancellation. But mostly, the film tells the story of how an edgy little sketch show featuring unknown comedians evolved into a pop culture powerhouse that has drawn presidents George Bush and Barack Obama to the studio. It also got former vice-presidential candidate Sarah Palin and Hillary Clinton, who announced her presidential candidacy this week, to appear alongside their satiric doppelgangers. The 2015 Tribeca Film Festival, which runs to April 26, will showcase about 100 feature films, including 67 world premieres. - Reuters