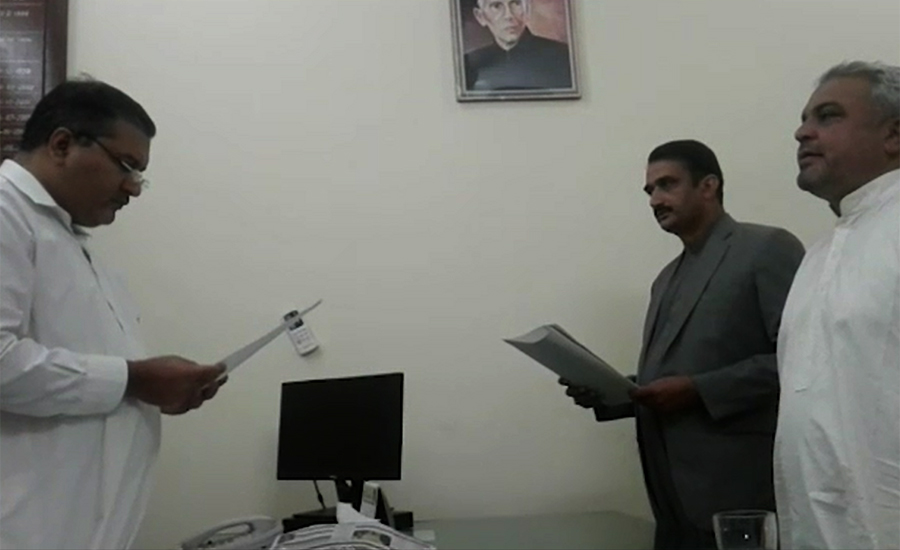 MALKWAL (92 News) – An election tribunal de-notified the Malkwal Municipal Committee chairman over rigging in the local bodies election on Tuesday. With his de-notification, the PML-N rule in the Municipal Committee has ended. Al-Haj Qamar Khan and Raja Khurram Abbas have been made the new chairman and vice-chairman respectively. A notification in this regard has been issued. The district election commissioner administered the oath to the chairman and vice-chairman.