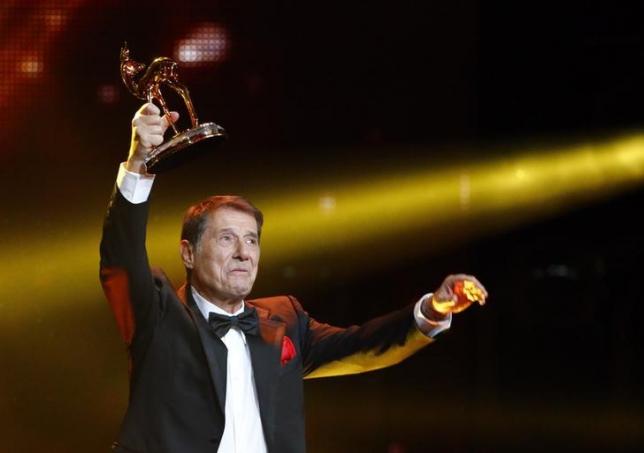 BERLIN - A German musical celebrating 20 of the top hits from pop star Udo Juergens has become the show to see in Berlin after the German-speaking world's answer to Frank Sinatra died at the age of 80 late last year. The musical "Ich war noch niemals in New York" (I've never been in New York) takes its title from one of Juergens's easy listening "Schlager" (hit songs) and has been filling the 1,600-capacity Theater des Westens since its March 25 premiere. Juergens, who sold more than 105 million records and wrote hundreds of original tunes and covers of songs from Sinatra, Sammy Davis Jr., Bing Crosby and Matt Monro, had a 64-year career that took off after he won the Eurovision Song Contest for his native Austria in 1966. The musical features many of his best-known hits such as "Siebzehn Jahr, blondes Haar" (17 and Blond Hair), "Griechischer Wein" (Greek Wine) and "Aber bitte mit Sahne" (But with Whipped Cream, Please), all catchy tunes that made him a household name in Germany, Austria and Switzerland for decades. Although he was a regular on television and in concert halls, the show's success has surprised some critics, who guess that its timing - coming only months after his death of a heart attack in Switzerland last December - helped trigger interest. During his career, Juergens managed to attract audiences of all ages and ended his concerts with his trademark gesture - returning for encores in a bathrobe. He once performed an open-air concert before a crowd of 220,000 in Vienna in 1992. In 1970, he played more than 200 concerts to audiences on an exhausting tour of Germany, Switzerland, Austria and then- communist Eastern Europe. Like the ABBA musical "Mamma Mia" that packed the Theater des Westens for a 16-month run that ended in February, the Juergens show is a light-hearted story about a love-struck couple of senior citizens in a gloomy retirement home who elope by ship to New York, a city neither had ever seen before. Alarmed that their parents had flown the coop, the woman's daughter puts her high-powered TV career on hold and the elderly man's son drops everything as well to try to track the pensioner pair down. After a difficult start, the seniors' children fall in love. "It's a fantastic show with indestructible old favourites from Juergens," Berlin's B.Z. tabloid newspaper said. Birgit Walter, a critic for the Berliner Zeitung newspaper, wrote: "It's got a chic appearance, amazing tempo and fantastic choreography on a great revolving stage with plenty of splendid performances. What stays with you is unforgettable music." - Reuters