Tributes paid to martyrs on 2nd anniversary of APS tragedy 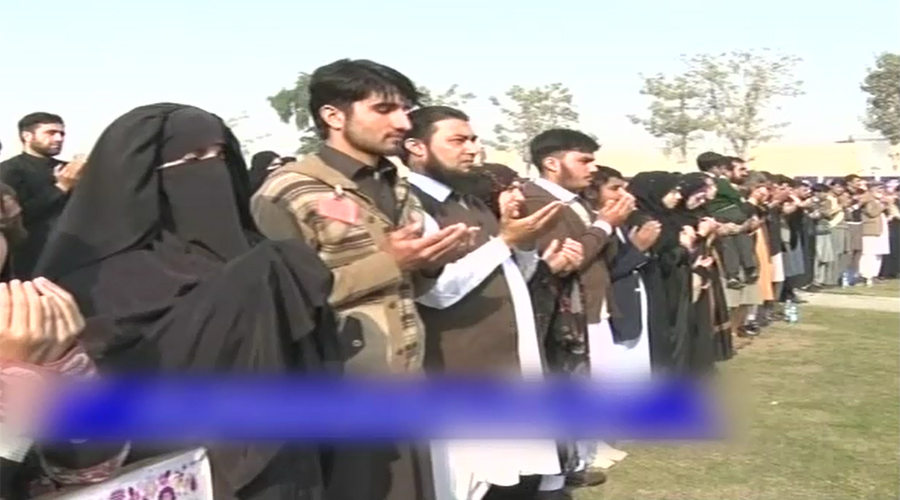 Tributes paid to martyrs on 2nd anniversary of APS tragedy

PESHAWAR (92 News) – Glowing tributes were paid to the martyrs on the second anniversary of the Army Public School tragedy on Friday. A function was held in Peshawar to pay tributes to the martyrs. Chief of Army Staff Qamar Javed Bajwa laid flowers at the Yadgar-e-Shuhda. He said that they owed the blood of the martyrs. “We not rest until paying off the debt,” he declared. In his message, Prime Minister Nawaz Sharif said that the entire nation feels and shares the pain of the tragedy and stands by the mourning families. He assured the nation that the war against terror will be taken to its logical conclusion to guarantee a peaceful and stable Pakistan for the future generations. The prime minister expressed his heartfelt sympathies to the families of the martyred students and all the victims of the tragic incident.