RAWALPINDI (92 News) – To pay homage to the bravery and courage of Lance Naik Mehfooz Shaheed, Nishan i Haider, Lieutenant General Khalid Zia laid a floral wreath and offered fateha at the tomb on behalf of Chief of Army Staff (COAS) General Qamar Javed Bajwa. Lance Naik Mehfooz Shaheed was born on October 25, 1944 in Pind Malikan (now Mahfoozabad), Rawalpindi district. He was enlisted in the Army on October 25, 1962. 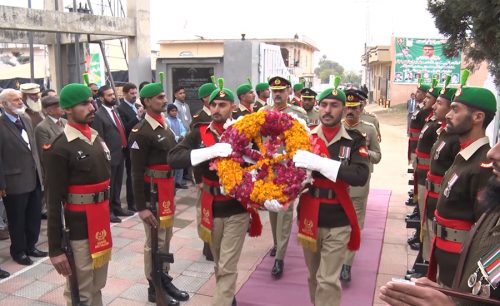 Serving in A Company of 15 Punjab Regiment when war broke out in 1971, Lance Naik Muhammad Mahfuz was deployed on the Wagha-Attari Sector where his company was pinned down by unceasing frontal and crossfire from automatic weapons. Although his machine gun was destroyed by an enemy shell, Muhammad Mahfooz advanced towards an enemy bunker whose automatic fire had inflicted heavy casualties. 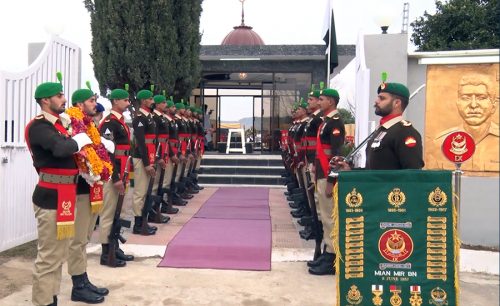 Even though wounded in both legs by shell splinters, when he reached the bunker he stood up and pounced on the enemy, in the encounter he was hit with a bayonet. Although unarmed, he got hold of the enemy and did another bayonet strangling with him. Due to serious injuries, he embraced martyrdom on the night of December 17, 1971.