MOSCOW (92 News) – A simple but elegant ceremony was organized at the Pakistan Embassy in connection with the Defence and Martyrs Day in Moscow. Several Pakistan and Russian figures participated in the ceremony in addition to the embassy staff. The event started with recitation of Holy Quran followed by playing of the national anthem. Messages from President Dr Arif Alvi and Prime Minister Imran Khan were read by Pakistan Ambassador to Russia Qazi Khalilullah. Speaking on the occasion, the ambassador paid rich tribute to the armed forces personnel who laid down their lives for their motherland. 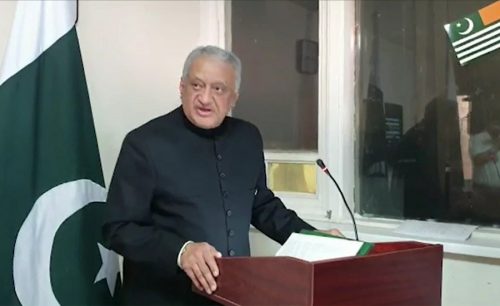 He said that Kashmir is a disputed territory. “Altering its status by India, poses severe security challenges to Pakistan and the region.” Qazi Khalilullah stressed that Kashmiris must be given the right of self-determination as per the UNSC resolutions. He said that the international community must ensure protection of basic fundamental rights of the people of Kashmir. “Pakistan would always stand with the Kashmiris in their just struggle for freedom. Pakistan is a peace loving country but any misadventure by the enemy would be given a belligerent response by our armed forces. Pakistanis will shed the last drop of their blood for the safety, honour and security of their motherland,” he said. 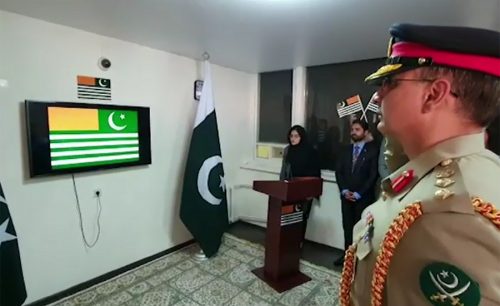 Photographs of Pakistan’s heroes, armed forces in action and participation in UN peace keeping operations were also displayed. The event concluded with prayers for the martyrs and for the safety and security of Pakistan and the people of Kashmir.

Iran says US to lift oil sanctions, US says nothing agreed

US imposes wide array of sanctions on Russia for ‘malign’ actions