Trilateral meeting for action against Daesh held at GHQ 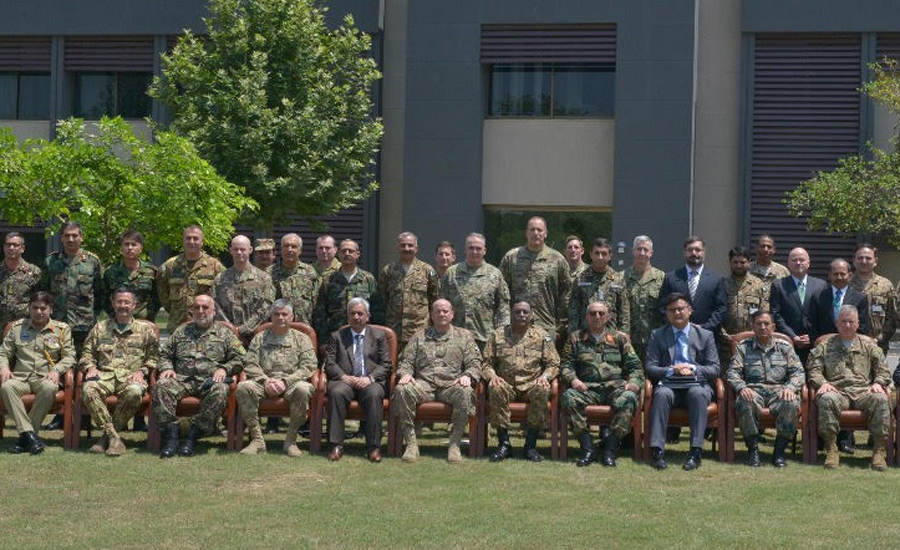 Trilateral meeting for action against Daesh held at GHQ

RAWALPINDI (92 News) – A two-star level security meeting among delegates from Pakistan, Afghanistan and Resolute Support Mission was held at General Headquarters on Friday.

During the trilateral meeting, the senior delegates stressed upon the need to defeat Daesh through complementary efforts in respective areas of operations.

The trilateral meeting was succeeded by a Two Star Pakistan-Afghanistan Bilateral Meeting, in which both sides discussed measures for improving military-to-military coordination and cooperation.

The Chaman incident, border control / management and measures to curb cross-border fire violations were also discussed. Both sides agreed to enhance frequency of bilateral interactions at multiple tiers through different command and staff channels to foster an environment of mutual respect, trust, cordiality and cooperation.