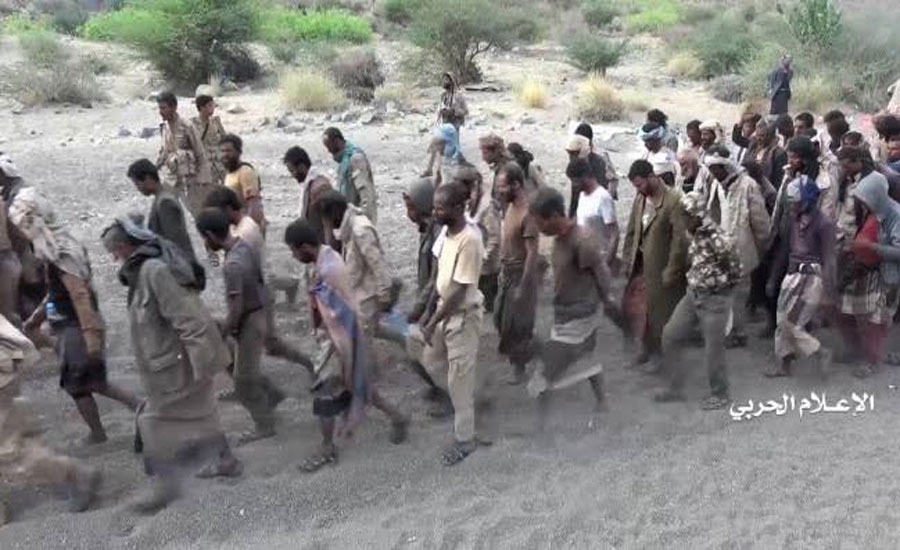 RIYADH - The Saudi-UAE-led military coalition battling Yemen's Houthi rebel movement has rejected as a "farce" a claim by the rebels to have captured "thousands of enemy troops", including Saudi forces.

A Houthi spokesperson said in a televised statement on Saturday that the operation in late August near the southern Saudi region of Najran revealed the extent to which the group's fighters were capable of penetrating the kingdom's territory, should the latter decide to continue "its aggression against Yemen".

But coalition spokesman Colonel Turki al-Malki on Monday brushed off the Houthi claims about prisoners, calling them part of a "misleading media campaign".

Speaking to reporters, he said that the coalition thwarted a Houthi attack late in August in the Kitaf district of Saada province along the border with Saudi Arabia.

The Houthis, who control the northern part of Yemen, have recently stepped up their drone and missile attacks across the southern border of Saudi Arabia. The rebels claimed responsibility for a September 14 assault on two facilities run by Saudi's state oil company, Aramco. The assault initially slashed the kingdom's crude oil output by half, accounting for about five percent of the world's supply. Al-Malki however seemed to play down the rebel group's ability to inflict damage on the coalition, saying on Monday that more than 1,500 Houthi fighters were killed in past weeks. The coalition also released video purporting to show air raids targeting what al-Malki said were Houthi fighters and vehicles in Kitaf. For their part, the Houthis on Sunday released footage purporting to show captive Saudi soldiers and equipment. The images of the attack showed armoured vehicles with stencilled Saudi markings, arms and ammunition the rebels claim they seized. Al Jazeera could not independently verify the authenticity of the videos released.

The war in Yemen broke out in 2014 when the Houthis launched an offensive against the Yemeni government and seized the capital, Sanaa. The Saudi-led coalition, backed by Western powers, intervened in support of Yemen's internationally recognised government in March 2015. The conflict in Yemen has killed tens of thousands and left millions on the brink of famine, in what the United Nations has called the world's worst humanitarian crisis. The UN said both the Houthis and the opposing coalition may be guilty of war crimes. The latest violence could hamper the UN efforts to ease tensions and pave the way for talks in the long-impoverished Arabian Peninsula nation. Separately on Monday, the Houthis said they released 350 prisoners, including three Saudi nationals, held for years in rebel-controlled territory. The International Committee of the Red Cross (ICRC),  which facilitated the release, put the number of those freed at 290. Franz Rauchenstein, the ICRC's chief in Yemen, expressed hope this would open the door to "further releases to bring comfort to families awaiting reunification with their loved ones".
SOURCE: AL JAZEERA AND NEWS AGENCIES