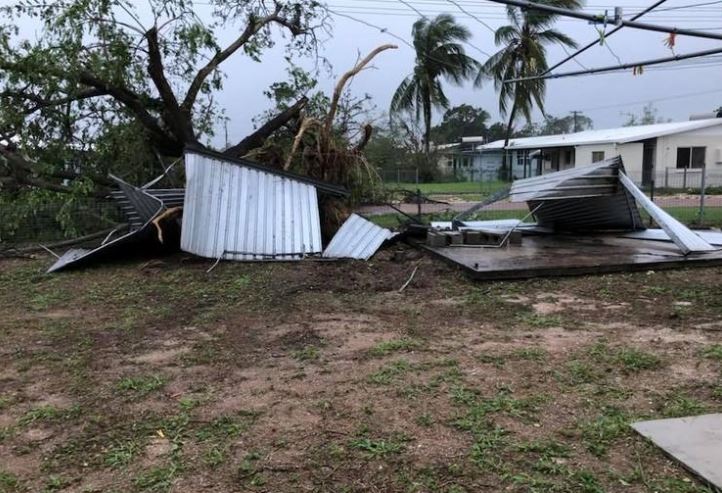 MELBOURNE (Reuters) - The far north of Australia was lashed by a Category 3 tropical cyclone over the weekend, bringing strong winds and heavy rain that raised fears of potential flooding.

Tropical Cyclone Nora reached the northern state of Queensland late on Saturday, where it impacted the western coast of Cape York, at the northern tip of the state.

There were no reports of injuries so far, although utilities company Ergon Energy said more than 230 homes had temporarily lost power.

The Bureau of Meteorology had predicted the cyclone would reach Category 4 status but it weakened as it crossed from the Northern Territory east into Queensland. The bureau reported winds of up to 100 kilometers per hour (62 mph), with up to 110 millimeters (4.33 inches) of rainfall.

The cyclone has since been downgraded to Category 2 and is now traveling south down the coast, where it is expected to reach Kowanyama, in Queensland’s Gulf Country.