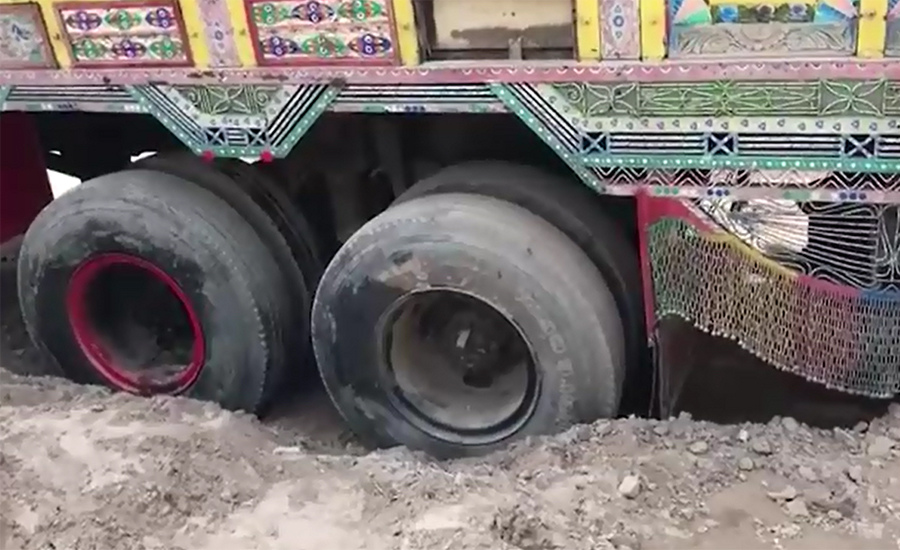 MULTAN (92 News) – A truck loaded with sugar fell into a hole on Suraj Miani Road on Tuesday, exposing the performance of the PML-N government. The truck was pulled out with the help of a tractor and a crane after four hours. The truck driver has accused the Municipal Corporation staff of demanding Rs 10,000 for pulling the truck out. He alleged that the tractor and the crane were sent after four hours for not giving the money. Accidents have become a routine matter due to use of substandard material. A few days ago, a feeder bus had fallen into a sinkhole that was pulled out with heavy machinery. An inquiry was launched into the matter and as a result, a few WASA employees, including a sub-engineer, were suspended. No steps were taken to improve the situation on roads.