Trump calls Tillerson 'dumb as a rock' and 'lazy' 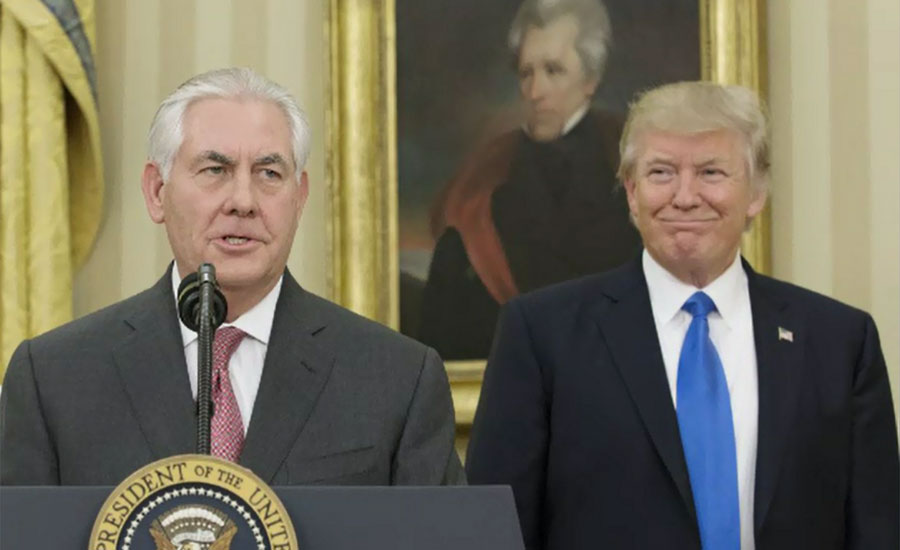 Trump calls Tillerson 'dumb as a rock' and 'lazy'

WASHINGTON (Reuters) - US President Donald Trump called former Secretary of State Rex Tillerson “dumb as a rock” and “lazy as hell” a day after the former diplomat said he had warned the president against doing things that would violate the law. “Mike Pompeo is doing a great job, I am very proud of him. His predecessor, Rex Tillerson, didn’t have the mental capacity needed. He was dumb as a rock and I couldn’t get rid of him fast enough. He was lazy as hell. Now it is a whole new ballgame, great spirit at State!” Trump wrote on Twitter. Trump fired Tillerson in March after a series of public rifts over North Korea, Russia and Iran policy, dismissing the former Exxon Mobil Corp chief executive in a tweet. In addition to policy disputes, relations were strained by reports that Tillerson privately called Trump a “moron.” In an interview with CBS News political contributor Bob Schieffer on Thursday, Tillerson described Trump as “pretty undisciplined, doesn’t like to read, doesn’t read briefing reports ... doesn’t like to get into the details of a lot of things.” Asked how his relationship with Trump had gone off the rails, Tillerson said it might have been the result of his telling the president that he could not do certain things because they were illegal or would violate US treaties. “I’d have to say to him, well Mr. President, I understand what you want to do, but you can’t do it that way. It violates the law, it violates treaty,” Tillerson said. “You know, he got really frustrated.” An aide to Tillerson, who served as secretary of state from Feb. 1, 2017 through March 31, 2018, did not immediately respond to a request for comment. When he selected Tillerson to serve as the 69th secretary of state, Trump praised him lavishly, saying: “His tenacity, broad experience and deep understanding of geopolitics make him an excellent choice for Secretary of State.” However, Tillerson led a demoralized State Department which saw its role vastly diminished, with several high-profile posts unoccupied and many allies questioning the efficacy of dealing with a diplomat they suspected never had Trump’s ear.