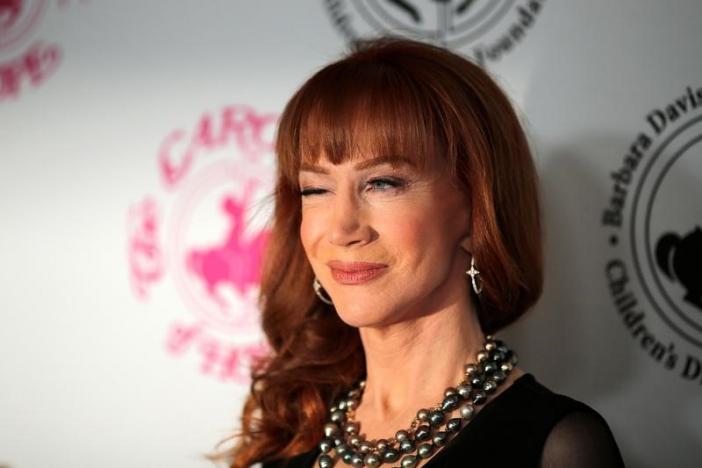 NEW YORK – US President Donald Trump blasted comedian Kathy Griffin on Wednesday for posing for photographs with a replica of a severed, bloodied head resembling the president, saying she had traumatized his family.

"Kathy Griffin should be ashamed of herself," Trump wrote on Twitter. "My children, especially my 11-year-old son, Barron, are having a hard time with this. Sick!"

Griffin, who has drawn criticism from Republicans and Democrats over the image, apologized in a video posted to Twitter late on Tuesday.

Celebrity news website TMZ published a behind-the-scenes video on Tuesday of Griffin posing with the model head for a photo shoot. She is seen reviewing the photos with photographer Tyler Shields and jokingly saying, "We have to move to Mexico today because we're going to go to prison, federal prison."

TMZ posted an image from the shoot on Twitter.

"This is vile and wrong," Chelsea Clinton, daughter of former President Bill Clinton and former Secretary of State Hillary Clinton, wrote on Twitter. "It is never funny to joke about killing a president."