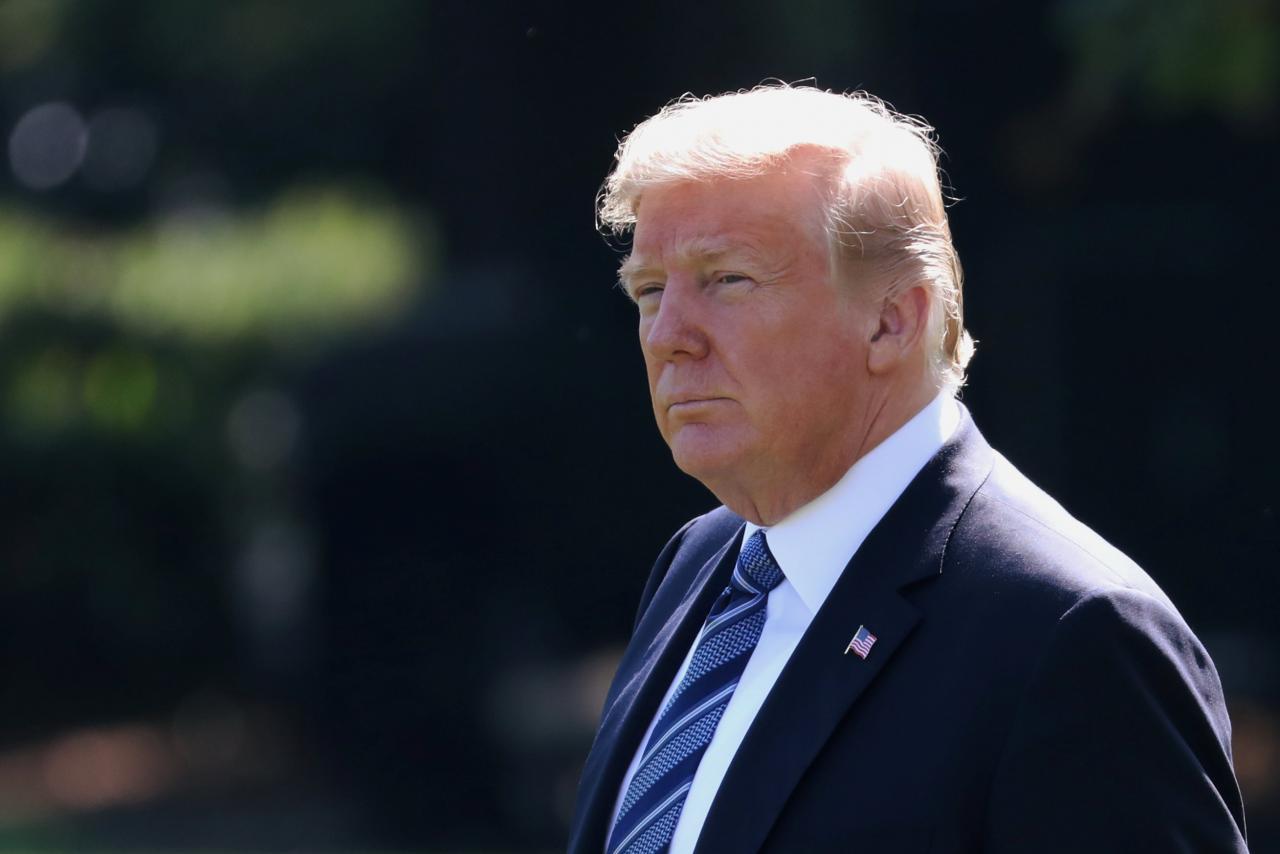 WASHINGTON (Reuters) - US President Donald Trump has ordered that $25 million earmarked for the care of Palestinians in East Jerusalem hospitals be directed elsewhere as part of a review of aid, a State Department official said . Trump called for a review of US assistance to the Palestinians earlier this year to ensure that the funds were being spent in accordance with national interests and were providing value to taxpayers. “As a result of that review, at the direction of the President, we will be redirecting approximately $25 million originally planned for the East Jerusalem Hospital Network,” the State Department official said. “Those funds will go to high-priority projects elsewhere.” The aid cut is the latest in a number of actions by the Trump administration that have alienated the Palestinians, including the recognition of Jerusalem as Israel’s capital and moving the US embassy to Jerusalem from Tel Aviv. That move reversed longtime US policy and led Palestinian leadership to boycott Washington peace efforts led by Jared Kushner, Trump’s senior adviser and son-in-law. Last month, the Trump administration said it would redirect $200 million in Palestinian economic support funds for programs in the West Bank and Gaza. And at the end of August, the Trump administration halted all funding to the United Nations Relief and Works Agency for Palestine Refugees (UNRWA), a decision that further heightened tensions with the Palestinian leadership. Palestinian refugees have reacted with dismay to the funding cuts, warning they would lead to more poverty, anger and instability in the Middle East. A statement from the Palestinian Foreign Ministry said the latest aid cut was part of a US attempt “to liquidate the Palestinian cause” and said it would threaten the lives of thousands of Palestinians and the livelihoods of thousands of hospital employees. “This dangerous and unjustified American escalation has crossed all red lines and is considered a direct aggression against the Palestinian people,” it said. One of the centres, Al Makassed Islamic Charitable Society Hospital, said in statement the US aid cuts come as the “hospital is going through a suffocating crisis as a result of the lack of flow of financial aid, and the piling up of debts and funds held back by the Palestinian government”. It said it had received 45 million shekels ($12.5 million) of the US money to treat patients from the West Bank, Gaza and East Jerusalem. In the statement hospital CEO Dr. Bassam Abu Libdeh “questioned the justification behind mixing political issues with medical and humanitarian issues.” The last round of US-brokered Palestinian-Israeli peace talks collapsed in 2014.