Trump declared impeachment inquiry against him as revolt 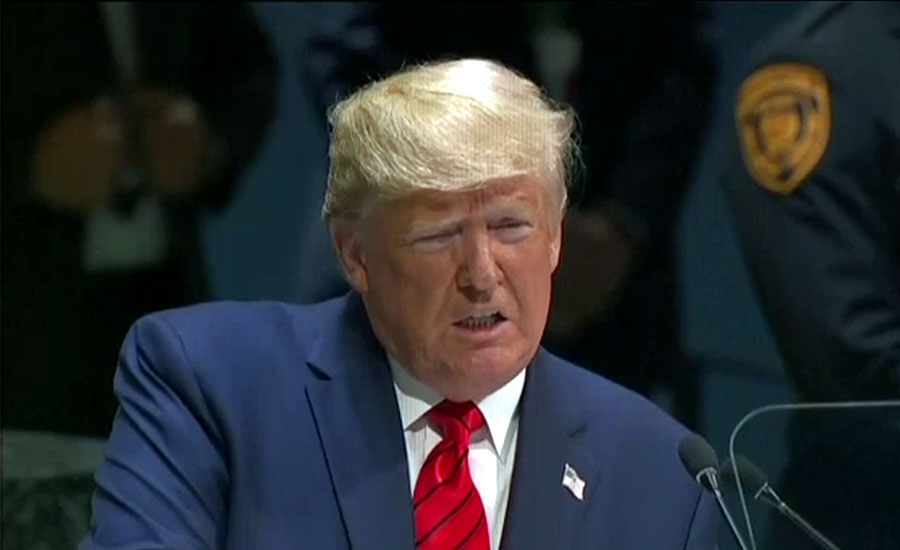 Trump declared impeachment inquiry against him as revolt

WASHINGTON (92 News) – US President Donald Trump declared impeachment inquiry against him as revolt. According to the US president, the purpose of the impeachment inquiry is to strip people of power, the second amendment, religion, the military and the border wall. He also said that the rights of American citizens are being snatched in the name of impeachment. https://www.youtube.com/watch?v=kHVMT4PJWxk

According to the Reuters, the leaders of three US House of Representatives committees accused Secretary of State Mike Pompeo of intimidating witnesses on Tuesday, and said doing so is illegal and “will constitute evidence of obstruction.” Pompeo earlier on Tuesday sternly objected to the committees’ efforts to obtain depositions from five current and former State Department officials, as the Democratic-led House looks into President Donald Trump’s request to Ukraine’s president to investigate a domestic political rival, Democratic presidential candidate Joe Biden. Representatives Eliot Engel, chairman of the House Foreign Affairs Committee; Adam Schiff, chairman of the Intelligence Committee, and Elijah Cummings, chairman of the Oversight Committee, made their comments on Pompeo in a statement issued in response to Pompeo’s position. The three Democratic chairmen said Pompeo would be “a fact witness” in the House impeachment inquiry if reports are true that he was on the July call when Trump spoke to Ukrainian President Volodymyr Zelenskiy. “Any effort to intimidate witnesses or prevent them from talking with Congress — including State Department employees — is illegal and will constitute evidence of obstruction of the impeachment inquiry,” the statement said. It added that “Congress may infer” from such obstruction that any withheld information would corroborate the whistleblower complaint that helped prompt the impeachment inquiry. The House committees are committed to protecting witnesses from harassment and intimidation, and expected full compliance from witnesses and the State Department, the statement said.