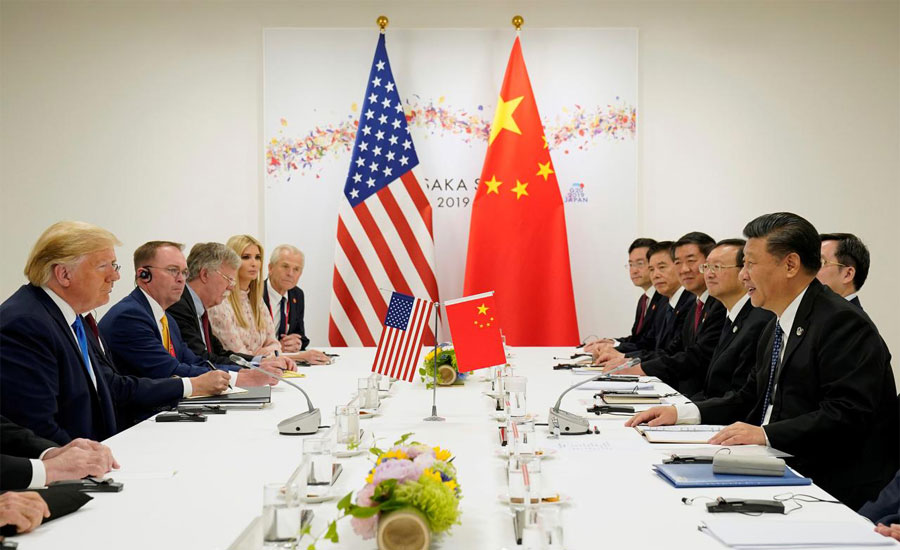 WASHINGTON (Reuters) - US President Donald Trump said that things are going well with China, insisting US consumers are not paying for import taxes he has imposed on goods from that country although economists say Americans are footing the bill. “Things are going along very well with China. They are paying us Tens of Billions of Dollars, made possible by their monetary devaluations and pumping in massive amounts of cash to keep their system going. So far our consumer is paying nothing - and no inflation. No help from Fed!” Trump said on Twitter. He also said - without presenting evidence - that countries are asking to negotiate “REAL trade deals,” saying on Twitter, “They don’t want to be targeted for Tariffs by the US.” Trump abruptly decided on Thursday to slap 10% tariffs $300 billion in Chinese imports, stunning financial markets and ending a month-long trade truce. China vowed on Friday to fight back. Tariffs are intended to make foreign goods more expensive to boost domestic producers, unless international exporters reduce prices. But there has been no evidence that China is cutting prices to accommodate Trump’s tariffs. A study published by the National Bureau of Economic research in March found that all of the cost of tariffs imposed in 2018 were passed on to US consumers.