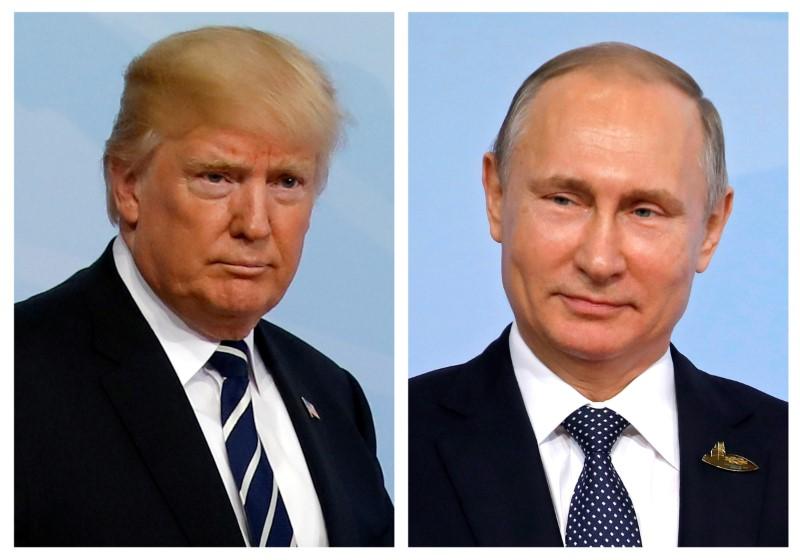 WASHINGTON (Reuters) - US President Donald Trump will postpone a second meeting with Russian President Vladimir Putin until next year after the federal probe into Russian election meddling is over, national security adviser John Bolton said. Trump said last week he would invite Putin to Washington for an autumn meeting, a daring rebuttal to fierce criticism over their summit in Helsinki, in which he appeared to give credence to the Russian leader’s assertion that Moscow did not interfere in the 2016 US presidential election. The invitation sparked a new outcry, including from lawmakers in Trump’s Republican party, who argued that Putin is an adversary not worthy of a White House visit and that they still did not know what the leaders had discussed during their two-hour, one-on-one meeting. “The president believes that the next bilateral meeting with President Putin should take place after the Russia witch hunt is over, so we’ve agreed that it will be after the first of the year,” Bolton said in a statement. US intelligence agencies have concluded that Moscow interfered to sway the vote towards Trump, and Special Counsel Robert Mueller is investigating whether Trump’s campaign worked with the Russians. Trump rejected the criticism sparked by his Helsinki news conference with Putin and said he misspoke in a series of flip-flops over the summit. He then abruptly issued the invitation to Putin. Reflecting the unease among US lawmakers, House of Representatives Speaker Paul Ryan and Senate Majority Leader Mitch McConnell said on Tuesday that Putin would not be invited to address Congress or visit the Capitol if he accepted Trump’s invitation. The Kremlin said this week that although Washington and Moscow agreed there was a need for another Putin-Trump meeting, Russia had not yet begun any practical preparations for a new meeting. “There are other options (to meet) which our leaders can look at,” aide Yuri Ushakov told reporters, citing a meeting of G20 leaders in Argentina which starts at the end of November. Trump has repeatedly called Mueller’s probe into meddling in the 2016 election a “witch hunt,” a claim that he repeated in a tweet the same day he met with Putin in Helsinki.