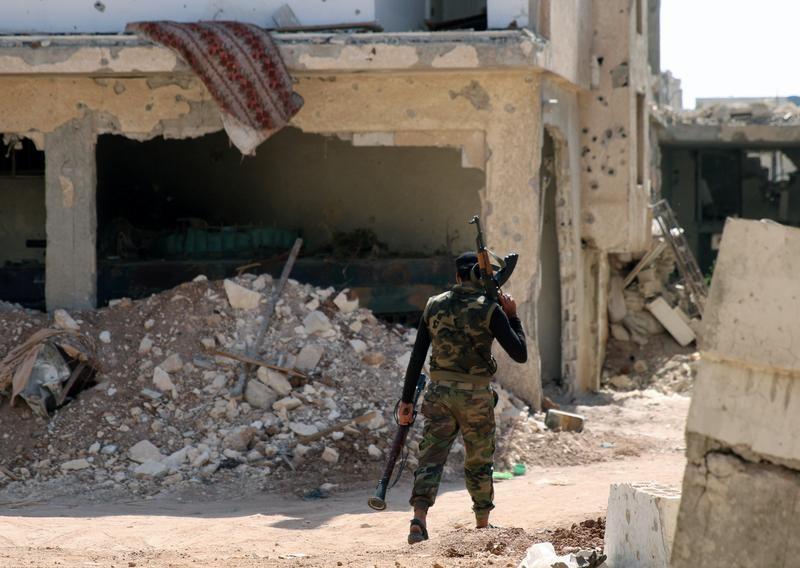 The US decision, said one of the officials, is part of an effort by the administration to improve relations with Russia, which along with Iranian-supported groups has largely succeeded in preserving Assad's government in the six-year-civil war.

The CIA program began in 2013 as part of efforts by the administration of then-President Barack Obama to overthrow Assad, but produced little success, said the officials, both of whom are familiar with the program and spoke on the condition of anonymity.

The Washington Post was first to report the program's suspension on Wednesday. White House spokeswoman Sarah Sanders declined to comment on the topic at the White House briefing.

The decision was made with National Security Adviser H.R. McMaster and CIA Director Mike Pompeo after they consulted with lower ranking officials and before Trump's July 7 meeting with Russian President Vladimir Putin at the G-20 summit in Germany. It was not part of U.S.-Russian negotiations on a ceasefire in southwestern Syria, the two officials said.

One of the officials said the United States was not making a major concession, given Assad's grip on power, although not on all of Syria, "but it's a signal to Putin that the administration wants to improve ties to Russia."

Trump is under intense scrutiny by Congress and a special counsel investigating Russian interference in the 2016 presidential election and whether Trump's campaign had ties to the activity. Russia has denied U.S. intelligence agencies' allegations of Moscow meddling, and Trump has denied collusion between his campaign and Russians.

A downside of the CIA program, one of the officials said, is that some armed and trained rebels defected to Islamic State and other radical groups, and some members of the previous administration favored abandoning the program.

Before assuming office in January, Trump suggested he could end support for Free Syrian Army groups and give priority to the fight against Islamic State.

A separate effort by the U.S. military effort to train, arm and support other Syrian rebel groups with air strikes and other actions will continue, the officials said.

However, aside from air strikes after the Syrian military launched a chemical weapons attack, the Trump administration has not increased military support from the limits set by the Obama administration.