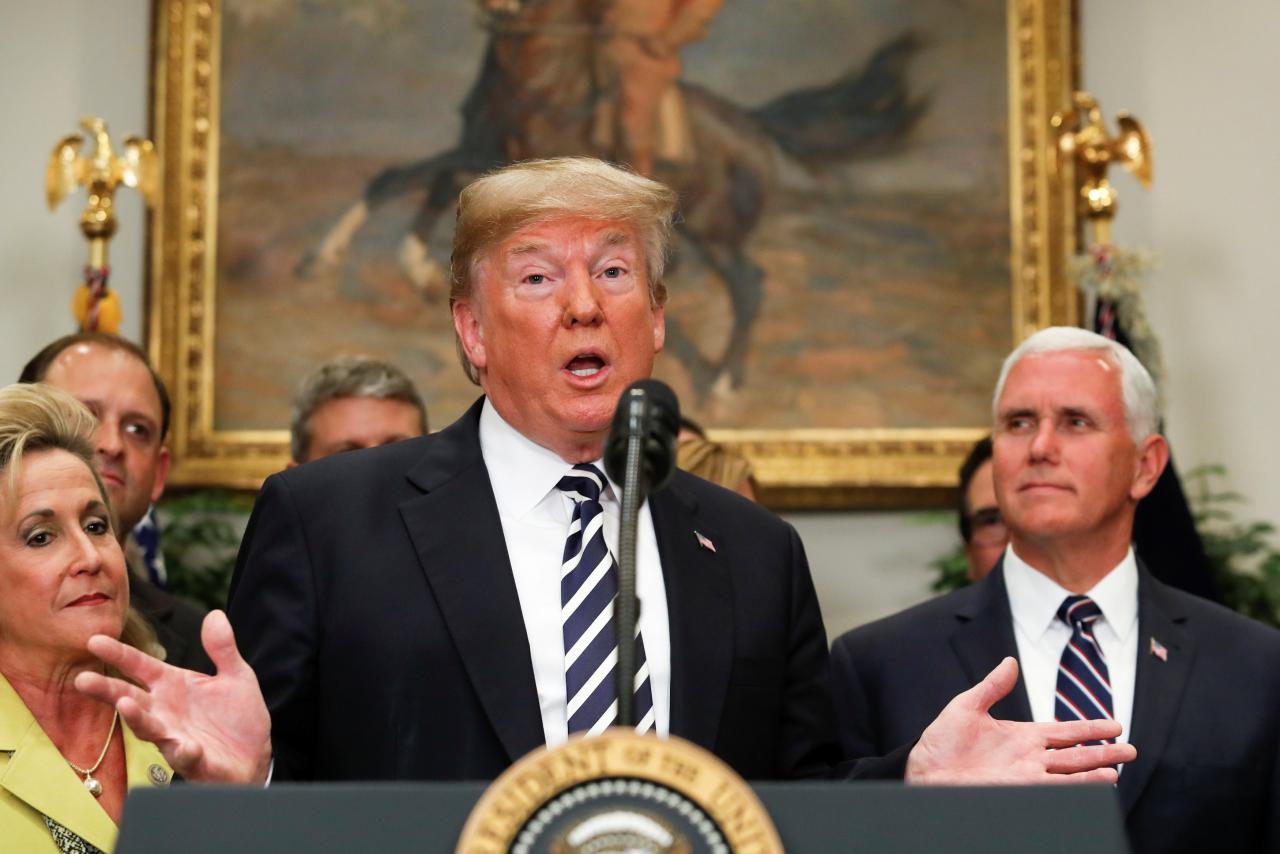 QATAR (Reuters) – A fundraiser for US President Donald Trump added several defendants to a lawsuit claiming the Persian Gulf state of Qatar hacked his email accounts and shared the contents with news organizations. US President Donald Trump gestures as he speaks before the signing ceremony for S. 2155 - Economic Growth, Regulatory Relief, and Consumer Protection Act in the Roosevelt Room at the White House in Washington, US, May 24, 2018. Elliott Broidy, whose access to Trump has been the subject of press coverage in the United States in recent months, sued Qatar in federal court in Los Angeles in March. On Thursday, he filed an amended complaint adding as defendants the brother of the Qatari ruler and Ahmed al-Rumaihi, a former head of investments at the Qatari sovereign wealth fund. In the complaint, Broidy said he was targeted over his vocal opposition to Qatar as part of efforts orchestrated by Mohammed bin Hamad bin Khalifa Al Thani, a younger brother of Qatari Emir Tamim bin Hamad Al Thani, and al-Rumaihi to shift U.S. policy toward the Gulf nation. Khalifa Al Thani could not be reached for comment. A spokesperson for Sports Trinity, a company in which al-Rumaihi is a principal, called the allegations by Broidy meritless, noting that al-Rumaihi was not an employee of the Qatar government during the time covered in the lawsuit. The complaint promotes false and misleading descriptions of Al-Rumaihi,” the spokesperson said in an emailed statement. The United Arab Emirates, a regional rival of Qatar, has contracts with Broidy’s private security businesses worth more than $200 million, Broidy disclosed in his lawsuit. Last year, Broidy sought to set up an informal meeting between Trump and senior UAE official Mohammed bin Zayed Al Nahyan, Reuters has reported, citing a person familiar with the matter. In his lawsuit, Broidy said Qatar has sought to use the hacked emails to generate negative press coverage and stop him from speaking out against Qatar. Saudi Arabia, the United Arab Emirates, Bahrain and Egypt cut off travel and trade ties with Qatar last June, accusing it of backing their arch-rival Iran and supporting terrorism. Qatar denies the charges and says the boycott is an attempt to impinge on its sovereignty and rein in its support for reform. Broidy’s lawsuit faces an uphill battle because Qatar has sovereign immunity and some of the people involved also may claim immunity, legal experts have said. Jassim Al-Thani, a spokesman at Qatar’s embassy in Washington, said on Thursday the lawsuit was an attempt by Broidy to divert attention from media scrutiny of his activities. “The facts show it was Broidy who conspired in the shadows against Qatar - not the other way around,” al-Thani said in an email. Earlier this month, a spokesman for Sport Trinity, a company owned by former Qatari official al-Rumaihi, confirmed that Trump’s longtime personal lawyer Michael Cohen requested a $1 million fee from Qatar to advise Qatar on investments in US infrastructure. Cohen, who is under investigation by federal prosecutors in New York for his business dealings, also has represented Broidy, for whom he arranged a $1.6 million payment to a Playboy model to keep secret a relationship, a person familiar with the matter told Reuters last month. In Broidy’s amended complaint, he also accuses a New York-based former CIA agent, Kevin Chalker, and a former British intelligence operative, David Mark Powell, of helping to coordinate the hacks of his and his wife’s emails. Chalker, the founder of Global Risk Advisors, and Powell, who runs the company’s Qatar operations, did not immediately respond to emails seeking comment.