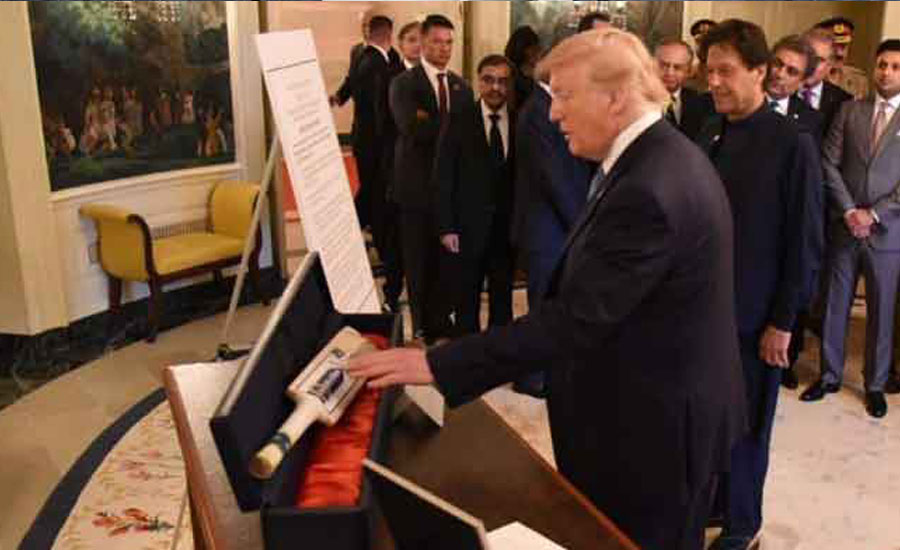 WASHINGTON (92 News) – US President Donald Trump gifted a cricket bat along with a picture of former US president Eisenhower to Prime Minister Imran Khan during his visit to the White House. Imran Khan’s visit has been a great success to forge and strengthen the ties between two countries as the cricketer-turned-politician received a huge respect from President Trump who presented him a cricket bat and a picture of President Eisenhower, the only US President who had witnessed a Test match in Pakistan. In his opening remarks, Trump has also hailed Imran Khan as a great athlete, very popular Prime Minister of Pakistan. Trump has shown confidence in Imran Khan's leadership as he said on a point: “A lot of things are happening for the United States, and I think a lot of great things are going to be happening for Pakistan under your leadership.” https://www.youtube.com/watch?v=UP_PuizSer8

First Lady of the United States Melania Trump has expressed happiness on the visit of Prime Minister Imran Khan to the White House. 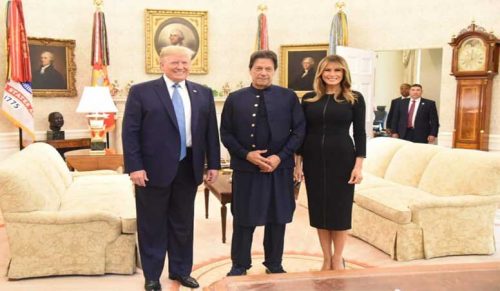 In a tweet, she also shared the pictures of Prime Minister Imran Khan with President Trump and herself.

Great to have Prime Minister @ImranKhanPTI of Pakistan at the @WhiteHouse today! pic.twitter.com/W4ChxxfwQp

As Prime Minister Imran Khan landed in Washington DC on his first official visit to the United States (US), one particularly unique gift for his host arrived with him. PM Imran Khan has taken with him a camel skin vase with a unique painting for US President Donald Trump, who invited him to visit. A portrait of the US president has been made on a vase, which, according to artist Hanifullah Khan, is one of the oldest crafts in Multan. 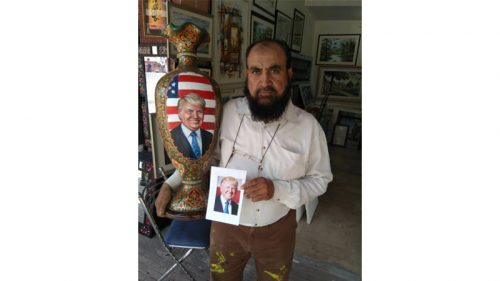