Trump likely to win whether or not Kavanaugh is confirmed 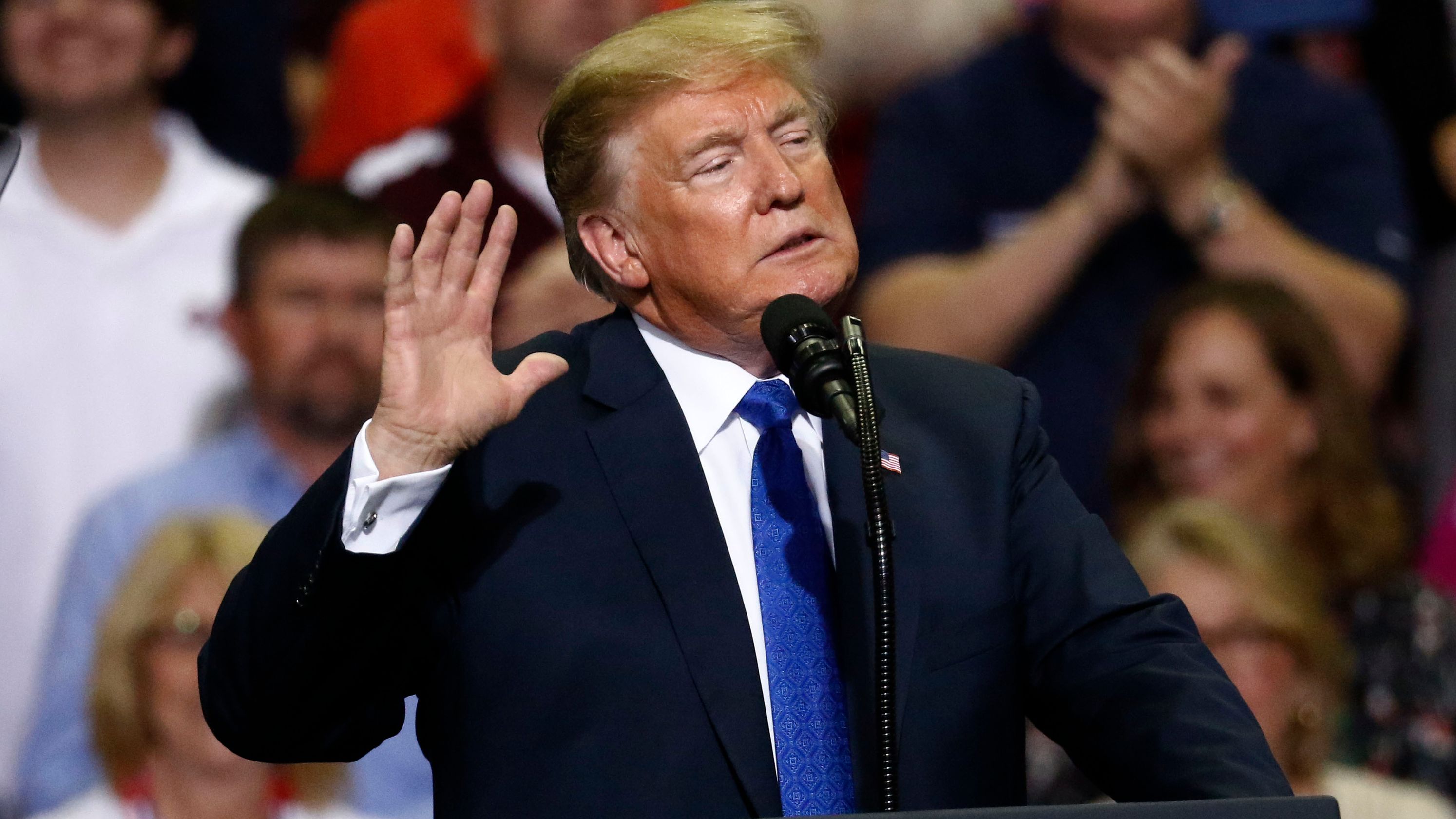 Trump likely to win whether or not Kavanaugh is confirmed

WASHINGTON (Reuters) - The ugly partisan brawl over US Supreme Court nominee Brett Kavanaugh’s confirmation remains undecided, but President Donald Trump appears likely to come out on top regardless of the outcome.
If Kavanaugh is confirmed by the Senate in a vote planned on Saturday, Trump will have succeeded in placing his second justice on the top US court and fulfilled his pledge to solidify its conservative majority. Even if Kavanaugh is rejected, the battle to save his nomination in the face of sexual misconduct allegations has jolted a slumbering Republican base to life just ahead of the November 6 elections, political strategists and new polls suggest. “This has done more to wake up complacent Republican voters than anything I have seen,” said Robert Cahaly, a pollster and senior strategist at The Trafalgar Group, a Republican-leaning consulting and polling firm. Trump’s pugnacious style was well suited to the messy drama, and his decision to stick by Kavanaugh, mock the woman who accused the nominee of sexual assault and use the controversy to fire up supporters could help Republicans in key Senate races in conservative states - even if it turns off independents and women voters in suburban House of Representatives districts that were already trending away from Republicans. Several recent polls show that Republican enthusiasm about voting, which had lagged behind Democrats, jumped after the dramatic Senate Judiciary Committee hearing last week in which Christine Blasey Ford accused Kavanaugh of sexual assault in 1982 and Kavanaugh angrily denied her accusation and sexual misconduct allegations by two other women. The shift has bolstered Republican hopes of saving their Senate majority in the Nov. 6 elections. Democrats must gain two Senate seats and 23 House seats to claim majorities in each chamber, enabling them to block Trump’s agenda and investigate his administration. Fuelled by resistance to Trump, polls have found Democrats were far more enthusiastic about voting than Republicans for most of the year. But a new NPR/PBS Newshour/Marist poll showed the Democratic advantage in voter enthusiasm slipping to only 2 points this week from 10 points in July. That newfound enthusiasm, which Republicans strategists say they are seeing around the country, could bolster Republicans in close Senate battles in Florida, North Dakota, Missouri, Montana, Indiana, Tennessee, Texas and West Virginia - all states carried by Trump in 2016. “There is no question the Kavanaugh fight has provided a burst of energy to Republican voters at a critical time,” said Brian Walsh, a Republican strategist and former staffer for the party’s Senate campaign committee.

‘WOMEN WILL TURN OUT’

Democrats contend that the Kavanaugh nomination and sexual misconduct allegations have motivated women and independents in contentious House races, many of which are in suburban and swing districts where Trump already was less popular. “I think women are going to turn out in very big numbers to express their opinion,” Representative Steny Hoyer, the No. 2 Democrat in the House, told reporters on Wednesday. “While I believe there is some energy on the other side as well, I don’t think it matches the energy that was created on our side that was already at high level,” he said. Trump has stoked outrage over the Kavanaugh hearing on the campaign trail, enthusiastically using it as Exhibit A in why Republicans need to retain control of Congress. At stops over the past week in West Virginia, Tennessee and Mississippi, Trump painted Democrats as villains who had to be stopped for trying to sink Kavanaugh’s nomination. “Democrats are willing to do anything and to hurt anyone to get their way, like they’re doing with Judge Kavanaugh,” he told cheering supporters in Johnson City, Tennessee, where Republican Marsha Blackburn and Democrat Phil Bredesen are embroiled in a toss-up race. A source familiar with Trump’s campaign strategy said that whatever drawbacks Republican candidates might face from standing with Trump were far outweighed by the benefits of energizing Trump voters. “Democrats can’t get more motivated,” the source said. “Who can be more motivated is Republican voters.” Republican Senate candidates in Missouri and Montana have made the Supreme Court fight part of their campaign message and released television ads referencing it. Incumbent Democrats Claire McCaskill in Missouri and Jon Tester in Montana have both said they will vote against Kavanaugh. “I will fight for the Supreme Court. It’s the last line of defence for our values,” Republican Senate candidate Josh Hawley of Missouri says in his ad.
Kavanaugh fight boosts GOP Senate hopefuls
Given the tumultuous political atmosphere and short shelf life of controversies in Washington, it is possible, however, the fallout from the Kavanaugh fight could fade before the election. “The question is whether this will really last for another 30 days.” Walsh said. “There are still going to be about 100 news cycles between now and the election.”