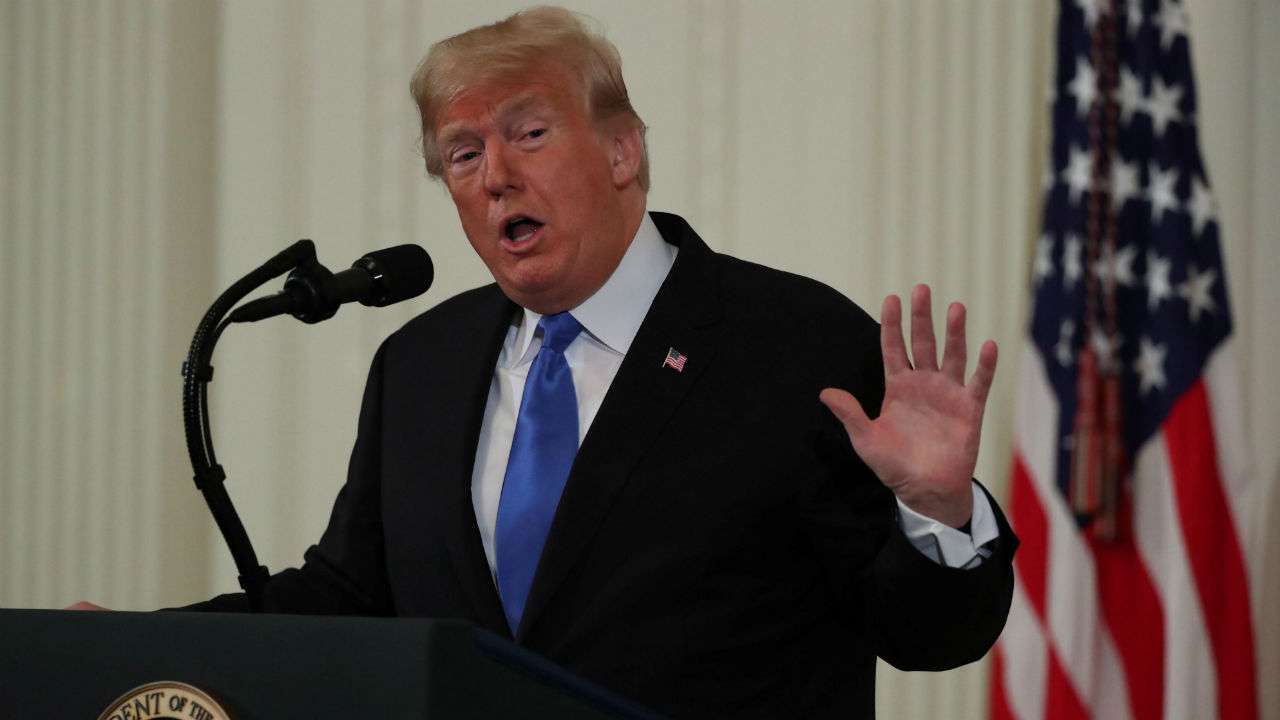 WASHINGTON (Reuters) - President Donald Trump effectively suspended the granting of asylum to migrants who cross the US-Mexico border illegally, seeking fresh ways to block thousands of Central Americans travelling in caravans from entering the United States. The order, which goes into effect  means that migrants will have to present themselves at US ports of entry to qualify for asylum. US immigrant advocates rushed to court to try to block the policy. “I just signed the proclamation on asylum - very important,” Trump told reporters  before leaving for Paris. “People can come in but they have to come in through the points of entry.” The order followed other rules unveiled on Thursday that sought to limit asylum claims. Trump made his hard-line policies toward immigration a key issue ahead of Tuesday’s midterm elections. He has vowed to deploy troops at the border to stop a caravan of mainly Honduran migrants, currently edging their way through Mexico. Several hundred of the caravan started north again after a rest in Mexico City. Many of them have said they want to seek asylum in the United States, citing violence in their own countries. Trump’s proclamation said mass migration on the border had precipitated a crisis and he was acting to protect the national interest. The order will be in effect for 90 days or until the United States reaches an agreement with Mexico allowing it to turn back asylum-seekers who had travelled through Mexico, whichever comes first. US and Mexican diplomats have held talks over the issue this year, but there has been little indication Mexico would agree to such a pact. Mexico’s interior ministry had no comment on the Trump order, an official at the ministry said.

Three civil rights groups sued in San Francisco federal court, seeking an injunction against Trump’s order. The lawsuit said the order violated the Immigration and Nationality Act, which allows anyone present in the United States to seek asylum regardless of where they entered the country. “President Trump’s new asylum ban is illegal. Neither the president nor his cabinet secretaries can override the clear commands of US law, but that’s exactly what they’re trying to do,” Omar Jadwat of the American Civil Liberties Union said in a statement. The lawsuit was brought by ACLU, the Southern Poverty Law Center, and Center for Constitutional Rights. Stephen Yale-Loehr, a professor at Cornell Law School, said the administration may struggle to justify the national security concerns underpinning the order, as the flow of migrants across the southern border has fallen in recent years. “We also have an obligation under international law not to return people to a country where they fear persecution,” he said. Currently, migrants who cross into the United States illegally from Mexico can claim asylum, an option chosen by many families with children who hand themselves in to border guards. Asylum seekers who opt to cross at official entry points often wait for days before they enter US territory. Rights groups have said the Trump administration has deliberately slowed the processing of migrants at official ports. The United Nations refugee agency UNHCR said the United States must make sure anyone seeking refugee protection and in need of humanitarian assistance can get both promptly and “without obstruction.” Many of the hundreds of Central American migrants who left Mexico City to press north towards the United States boarded subways before dawn to reach the outskirts of the vast capital. The bulk of a further 4,500 people gathered at a Mexico City stadium are expected to follow them over the weekend. “We’re hungry, we can’t keep waiting, we’re moving on,” said Honduran migrant Roni Suazo at a bustling subway station. “Our mission is to go to the United States, not Mexico.”