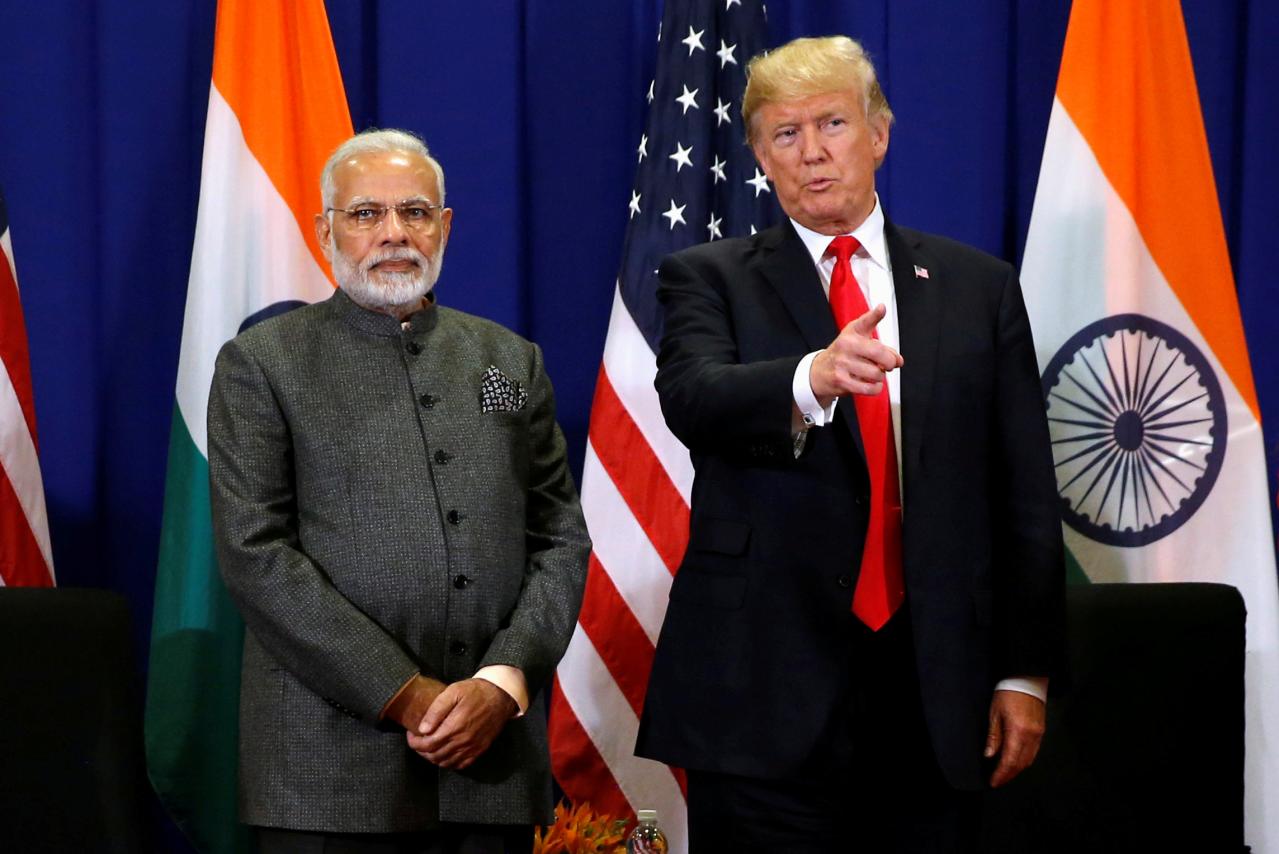 WASHINGTON (Reuters) - US President Donald Trump and Indian Prime Minister Narendra Modi discussed reducing the US trade deficit with India and increasing their cooperation in Afghanistan in a telephone call on Monday, the White House said. “The leaders agreed to strengthen the US-India strategic partnership in 2019 and exchanged perspectives on how to reduce the US trade deficit with India, expand security and prosperity in the Indo-Pacific, and increase cooperation in Afghanistan,” the White House said in a statement. The United States has slapped tariffs on imports of steel and aluminium from India, part of Trump’s drive to reduce the US trade deficit and boost American manufacturing jobs. India has threatened to retaliate but said it would not take action until the end of this month. In Afghanistan, Trump is planning to withdraw more than 5,000 of the 14,000 US troops there, a US official said last month. With a reduced military presence in Afghanistan, the United States would almost certainly have to curtail its missions, which include training and advising Afghan forces and waging an air campaign against the Taliban and other militant groups.