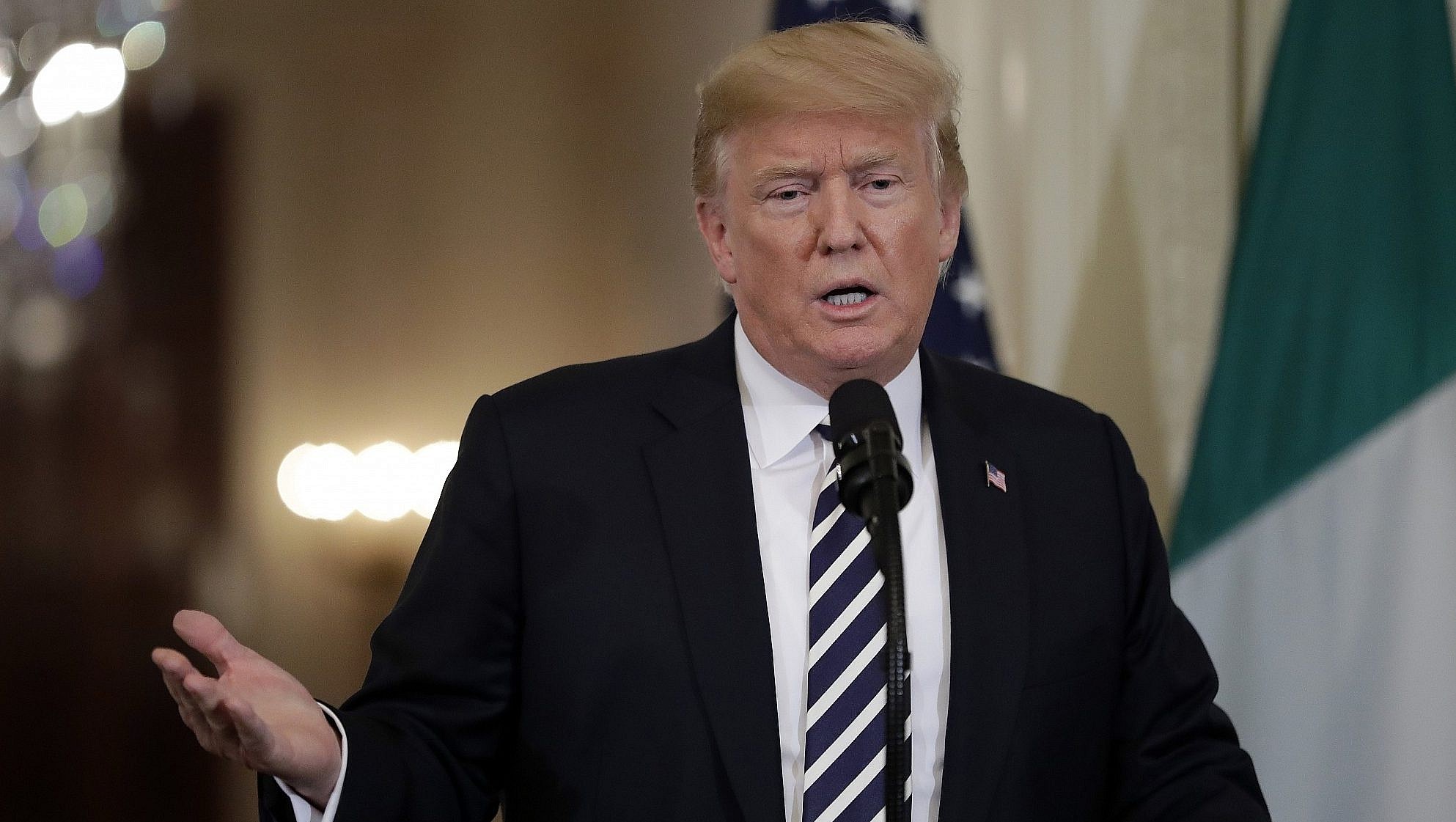 WASHINGTON (Reuters) - US President Donald Trump said that he would be willing to meet Iran’s leader without preconditions to discuss how to improve ties after he pulled the United States out of the 2015 Iran nuclear deal, saying, “If they want to meet, we’ll meet.” “I’d meet with anybody. I believe in meetings,” especially in cases where war is at stake, Trump said at a White House news conference when asked whether he was willing to meet with Iranian President Hassan Rouhani. In response, Iran said the way back to talks was for the United States to return to the nuclear deal between Iran and six major powers that Trump exited in May. “Respecting the Iranian nation’s rights, reducing hostilities and returning to the nuclear deal are steps that can be taken to pave the bumpy road of talks between Iran and America,” Hamid Aboutalebi, an adviser to Rouhani, tweeted on Tuesday. Iran and other signatories have been working to find a way to salvage the nuclear agreement, even as the United States has begun reimposing some sanctions on Iran. The White House clarified that Trump’s potential willingness to meet with his Iranian counterpart does not change his administration’s intent to ratchet up sanctions and rhetoric against Tehran with the stated goal of “seeking changes in the Iranian government’s behaviour.” Earlier, speaking at a news conference with visiting Italian Prime Minister Giuseppe Conte, Trump said: “I would certainly meet with Iran if they wanted to meet. I don’t know that they’re ready yet. I ended the Iran deal. It was a ridiculous deal. I do believe that they will probably end up wanting to meet and I’m ready to meet any time that they want to.” Trump said he had “no preconditions” for a meeting with the Iranians, adding: “If they want to meet, I’ll meet.” The White House said that even though the president “is open to dialogue and negotiation,” it did not mean the United States would lift sanctions or re-establish diplomatic and commercial relations. “This relief is only possible if there are tangible, demonstrated, and sustained shifts in Tehran’s policies,” said Garrett Marquis, spokesman for the National Security Council.

In May, Trump withdrew the United States from the landmark 2015 international agreement designed to deny Tehran the ability to build nuclear weapons. In spite of fierce verbal exchanges between Tehran and Washington in the recent weeks, Iranian authorities have kept the door to diplomacy open. Rouhani also said last week that “America should know that peace with Iran is the mother of all peace,” leaving open the possibility of peace between the arch foes. But if Trump were to pursue diplomacy with Iran’s leadership, he would have to overcome deep-seated concerns among Washington’s closest regional allies, such as Saudi Arabia and Israel, who are deeply sceptical about negotiating with Rouhani’s government. Trump drew a comparison with his diplomacy towards North Korean leader Kim Jong Un, who Trump met in a June 12 summit. “We met as you know with Chairman Kim and you haven’t had a missile fired off in nine months. We got our prisoners back. So many things have happened so positive,” Trump said.