Trump says Iran may have shot down US drone by mistake 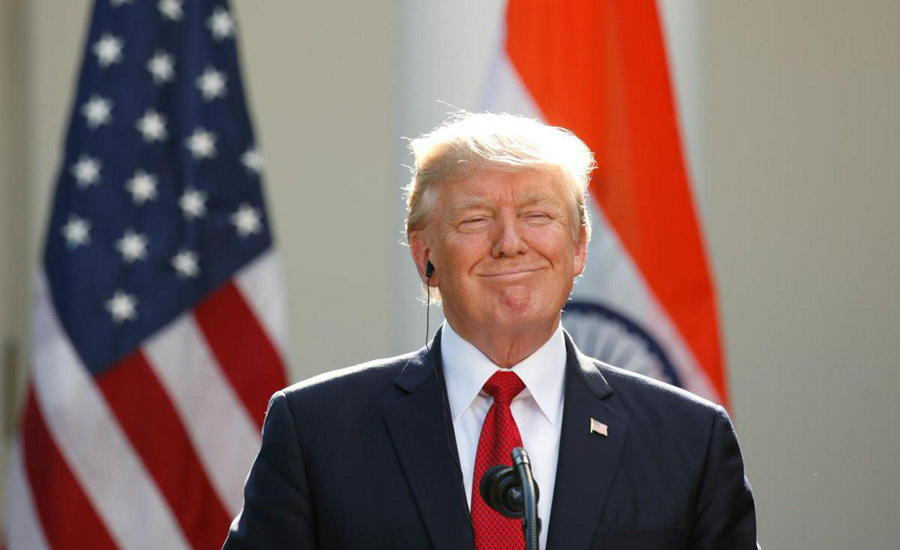 Trump says Iran may have shot down US drone by mistake

WASHINGTON/DUBAI (Reuters) - US President Donald Trump played down Iran’s downing of a US military drone on Thursday, saying he suspected it was shot by mistake and that “it would have made a big difference” to him if the remotely-controlled aircraft had been piloted. While the comments appeared to suggest Trump was not eager to escalate the latest in a series of incidents with Iran, he also warned that: “This country will not stand for it.” Tehran said the unarmed Global Hawk surveillance drone was on a spy mission over its territory but Washington said it was shot down over international airspace. “I think probably Iran made a mistake - I would imagine it was a general or somebody that made a mistake in shooting that drone down,” Trump told reporters at the White House. “We had nobody in the drone. It would have made a big difference, let me tell you, it would have made a big, big difference” if the aircraft had been piloted, Trump said as he met Canadian Prime Minister Justin Trudeau in the Oval Office. The United States, which called the event an “unprovoked attack” in international air space, is pursuing a campaign to isolate Iran to contain its nuclear and ballistic missile programmes and limit its role in regional wars. The incident was the latest in an escalating series of incidents in the Gulf region, a critical artery for global oil supplies, since mid-May including explosive strikes on six oil tankers as Tehran and Washington have edged towards confrontation. It was unclear how the United States might respond and U.S. House of Representatives Speaker Nancy Pelosi, the top Democrat in Congress, said Washington had no appetite for war with Iran. “It’s hard to believe it was intentional, if you want to know the truth. I think that it could have been somebody who was loose and stupid that day,” Trump said, referring to the drone shooting. The Trump administration called top congressional leaders to the White House for a briefing later on Thursday on Iran, a source with knowledge of the meeting said. Iran has denied involvement in the tanker attacks, but global jitters about a new Middle East conflagration disrupting oil exports have triggered a jump in crude prices. Saudi Arabia, Washington’s main gulf ally, said Iran had created a grave situation with its “aggressive behaviour” and the kingdom was consulting other Gulf Arab states on next steps. Tensions with Iran flared with Trump’s withdrawal last year from a 2015 nuclear accord with Iran and have worsened as Washington imposed fresh sanctions to throttle Tehran’s vital oil trade. Iran retaliated earlier this week with a threat to breach limits on its nuclear activities imposed by the deal.