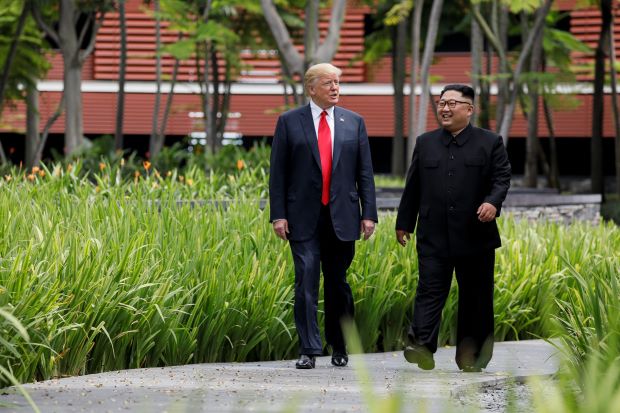 ABOARD AIR FORCE ONE (Reuters) - US President Donald Trump said he thinks he will next meet North Korean leader Kim Jong Un in January or February and that three sites for the meeting are under consideration. Trump told reporters aboard Air Force One on his return from Argentina he thinks the meeting will be in early 2019. “We’re getting along very well. We have a good relationship,” Trump said, adding that at some point he will invite Kim to the United States. The two sides have been engaged in talks on the leaders’ second meeting after the first, unprecedented, one in Singapore in June, Reuters reported in October, citing a senior official.