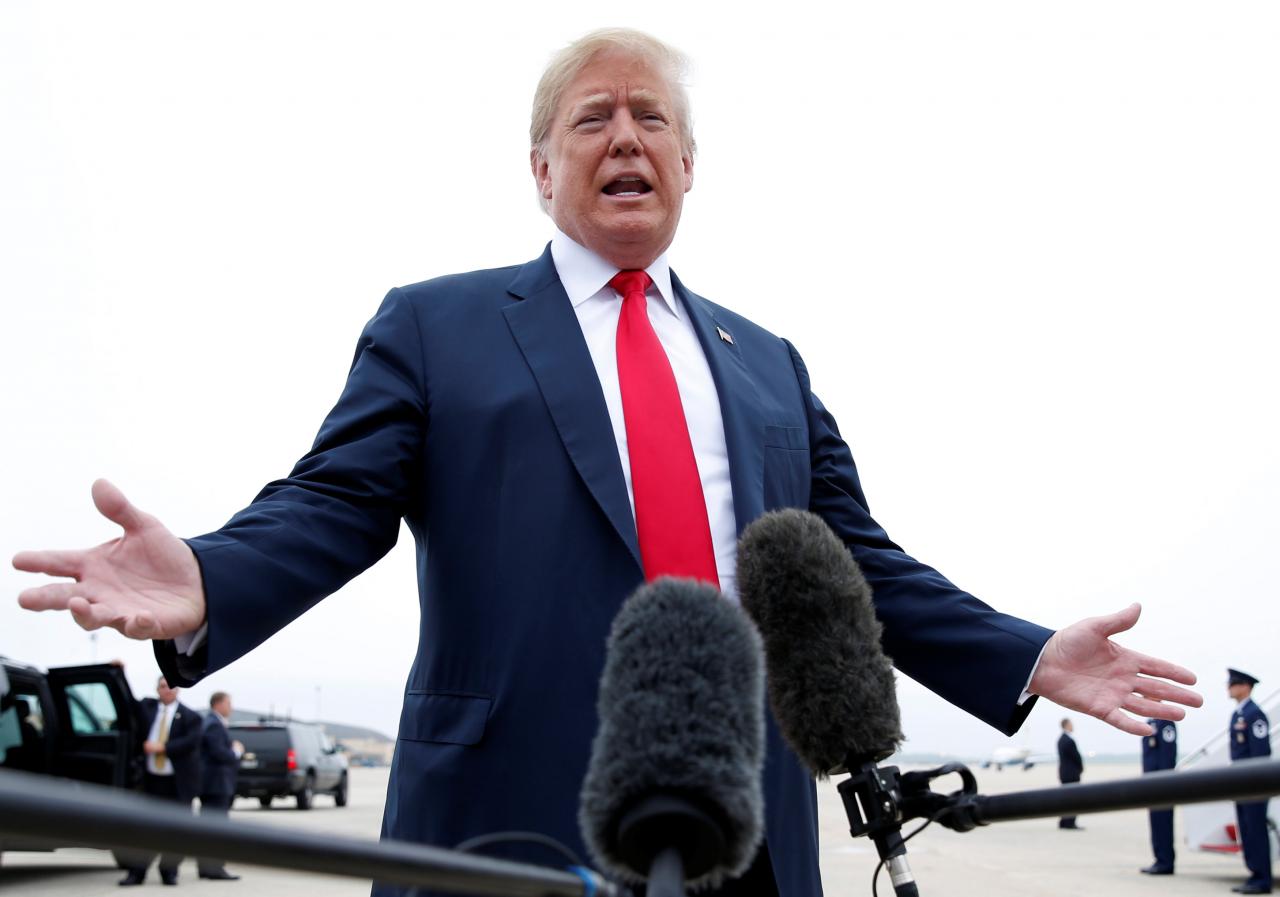 WASHINGTON (Reuters) - US President Donald Trump said talks with North Korea in New York have been very positive and he is expecting the delegation from Pyongyang to travel to Washington on Friday to deliver a letter to him from leader Kim Jong Un. “I look forward to seeing what’s in the letter,” Trump said on Thursday as he left Joint Base Andrews for a trip to Houston. Asked if a deal was taking shape, Trump said: “I think it will be very positive ... The meetings have been very positive.” If the North Korean delegation goes to the White House, it would be the first visit there by high-level officials from there since 2000 when Jo Myong Rok, a marshal, met President Bill Clinton. Trump said he was hopeful his summit with Kim would take place on June 12 as originally scheduled but left open the possibility talks would fall through. “I want it to be meaningful,” he said. “It doesn’t mean it gets all done at one meeting. Maybe you have to have a second or a third. And maybe we’ll have none. “But, it’s in good hands. That I can tell you.” After decades of tension on the Korean peninsula and antagonism with the United States, Washington has been demanding North Korea abandon its nuclear weapons program amid reports that it is close to being able to launch a nuclear-tipped missile capable of reaching the US mainland.