Trump says to run for reelection, had Brexit chat with Queen 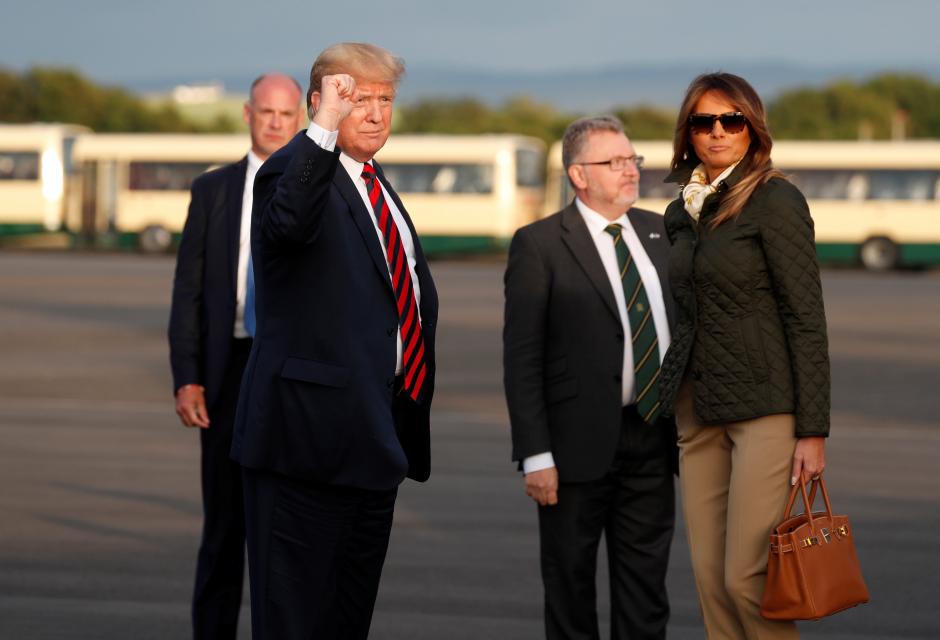 Trump says to run for reelection, had Brexit chat with Queen

LONDON (Reuters) - US President Donald Trump said he intends to run for re-election in 2020 because “everybody wants me to” and there are no Democratic candidates who could defeat him, the Mail on Sunday newspaper reported. Asked by British journalist Piers Morgan in an interview , whether he was going to run in 2020, Trump was quoted by the Mail on Sunday as saying: “Well I fully intend to. It seems like everybody wants me to.” Trump said he did not see any Democrat who could beat him: “I don’t see anybody. I know them all and I don’t see anybody.” Before leaving Britain for a summit in Finland with Russian President Vladimir Putin, Trump breached British royal protocol by publicly disclosing the details of a conversation he had with Queen Elizabeth about the complexities of Brexit. When asked if he discussed Brexit with the monarch when they met for tea at Windsor Castle , Trump said: “I did. She said it’s a very - and she’s right - it’s a very complex problem, I think nobody had any idea how complex that was going to be... Everyone thought it was going to be ‘Oh it’s simple, we join or don’t join, or let’s see what happens.’” Speaking of the 92-year-old queen, Trump was quoted as saying: “She is an incredible woman, she is so sharp, she is so beautiful, when I say beautiful - inside and out. That is a beautiful woman.” Asked if Trump felt the queen had liked him, he said: “Well I don’t want to speak for her, but I can tell you I liked her. So usually that helps. But I liked her a lot.” “Just very elegant. And very beautiful. It was really something special,” Trump said of the meeting. “She is so sharp, so wise, so beautiful. Up close, you see she’s so beautiful. She’s a very special person.” During an uproarious trip to Europe, Trump has harangued members of the NATO military alliance, scolded Germany for its dependence on Russian energy, and shocked Britain by publicly criticising Prime Minister Theresa May’s Brexit strategy. Trump later apologised to May for the furore over his withering public critique, blaming “fake news” and promising instead a bilateral trade agreement with Britain after it leaves the European Union in March 2019. Of his upcoming meeting with Putin on Monday, Trump was more guarded. “I think we could probably get along very well. Somebody said are you friends or enemies? I said well it’s too early to say,” Trump was quoted as saying by the Mail on Sunday. “Right now I say we’re competitors but for the United States, and frankly the UK and other places, to get along with Russia and China and all of these other places... that’s a good thing, that’s not a bad thing. That’s a really good thing.”