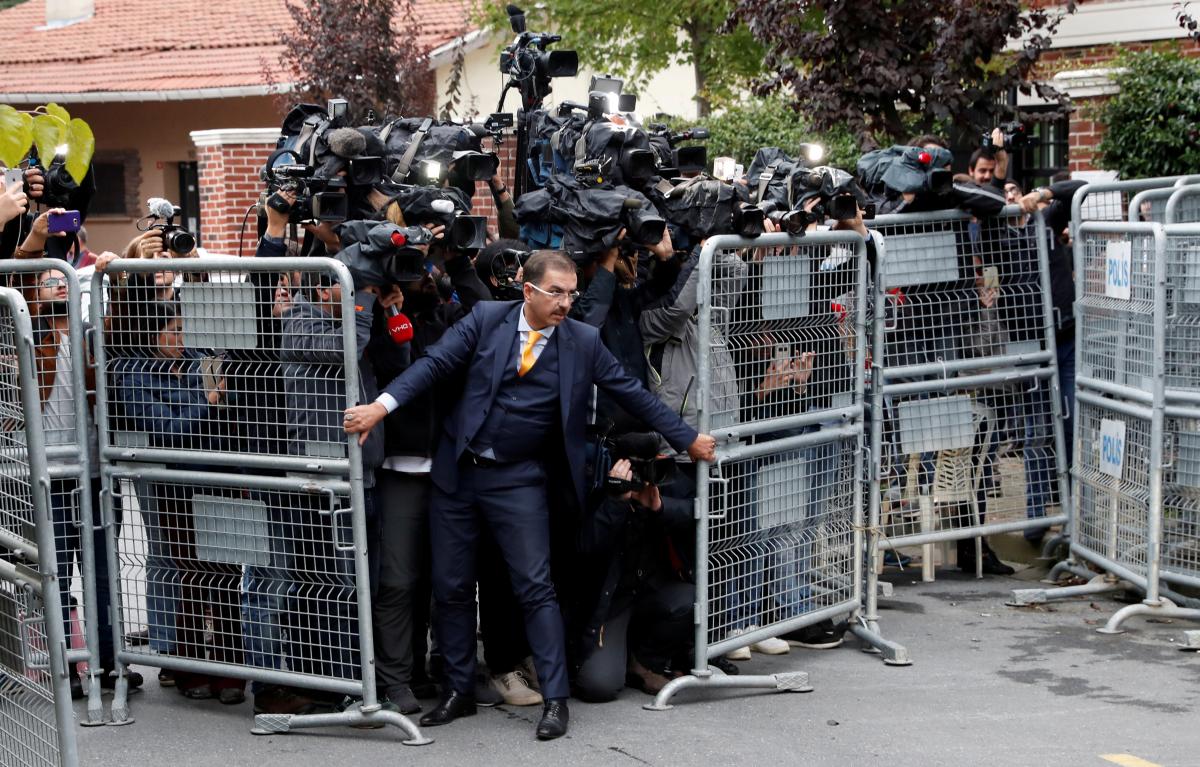 ANKARA/WASHINGTON (Reuters) - Saudi Arabia is preparing to acknowledge the death of Saudi journalist Jamal Khashoggi in a botched interrogation, CNN and the New York Times said on Monday, after US President Donald Trump speculated “rogue killers” may be responsible.
Trump dispatched Secretary of State Mike Pompeo to meet King Salman over the case that has strained the Americans’ relationship with the Saudis, carefully cultivated by the US president. Khashoggi, a US resident, Washington Post columnist and leading critic of the powerful Saudi crown prince, Mohammed bin Salman, vanished after entering the Saudi consulate in Istanbul two weeks ago to get marriage documents. Turkish officials say they believe he was murdered there and his body removed. Members of his family called for an investigation, in a statement released on Monday.