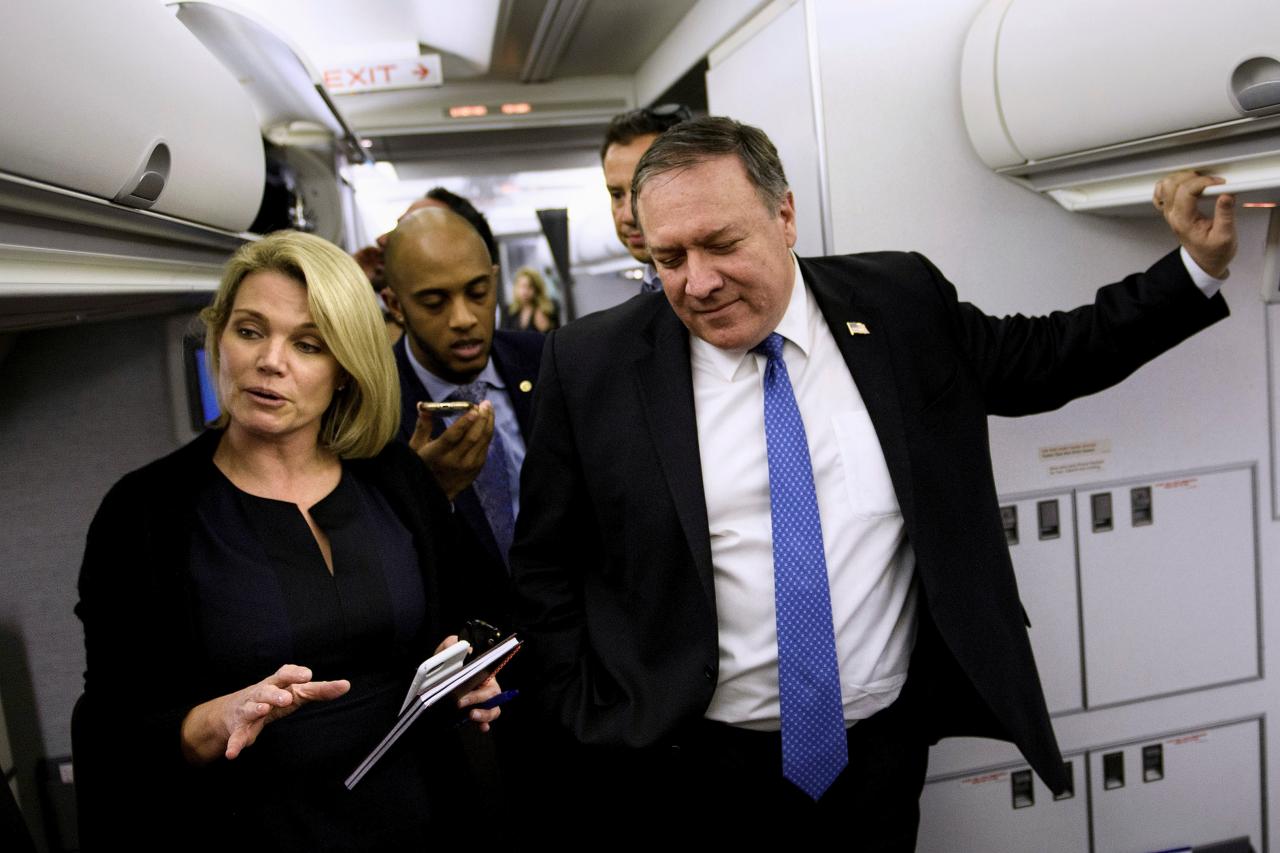 WASHINGTON (Reuters) - President Donald Trump will nominate State Department spokeswoman Heather Nauert as US ambassador to the United Nations, two White House officials said on Thursday, tapping someone with no prior policy or political experience to deal with some of the world’s thorniest issues. The decision was expected to be announced as early as Friday, the two officials said, requesting anonymity. Nauert, whose nomination would require Senate confirmation, is a former Fox News Channel correspondent and anchor. She became the State Department’s spokeswoman in April 2017 and was named earlier this year as the acting undersecretary for public diplomacy and public affairs. If confirmed, Nauert, 48, would succeed Nikki Haley, who said in October she would be leaving the UN post at the end of the year. It was unclear whether the UN ambassador post would remain part of the Cabinet, as it has been under Haley, and there have been internal discussions about not having it remain a Cabinet-level position, one White House official said. The State Department declined to comment and Nauert did not immediately respond to a request for comment. Nauert, who earlier this year had been considered a possible successor to White House spokeswoman Sarah Sanders, gained experience on diplomacy by working at the State Department, but she lacks the political and policy credentials of Haley, a former South Carolina governor. Having the direct support of the president and Secretary of State Mike Pompeo could buttress her image, however, among global diplomats at the United Nations, who have bristled at Trump’s “America First” foreign policy. She will face a variety of challenges if confirmed for the job, including championing US efforts to contain Iran’s influence in the Middle East and ensuring the global body maintains tough sanctions on North Korea as Washington tries to negotiate an end to Pyongyang’s nuclear and missile programs. Trump has been critical of the United Nations, complaining about its cost to Washington and criticizing it for focusing on bureaucracy and process rather than results. He pulled the United States out of the U.N. human rights body in September, citing bias toward Israel, and his administration has cut funding for the UN refugee agency and last year proposed U.S. funding cuts for aid and diplomacy that could curb the work of the global body. But Trump has also used the United Nations to try to advance his foreign policy agenda on Iran and North Korea. The administration has also worked through the United Nations to try to find a political solution to the wars in Syria and Yemen, two issues that will confront Nauert. Trump’s decision to nominate Nauert was first reported by Bloomberg News. The president is weighing a number of other end-of-year staff changes, including replacing Chief of Staff John Kelly, two of Trump’s advisers said on Thursday.