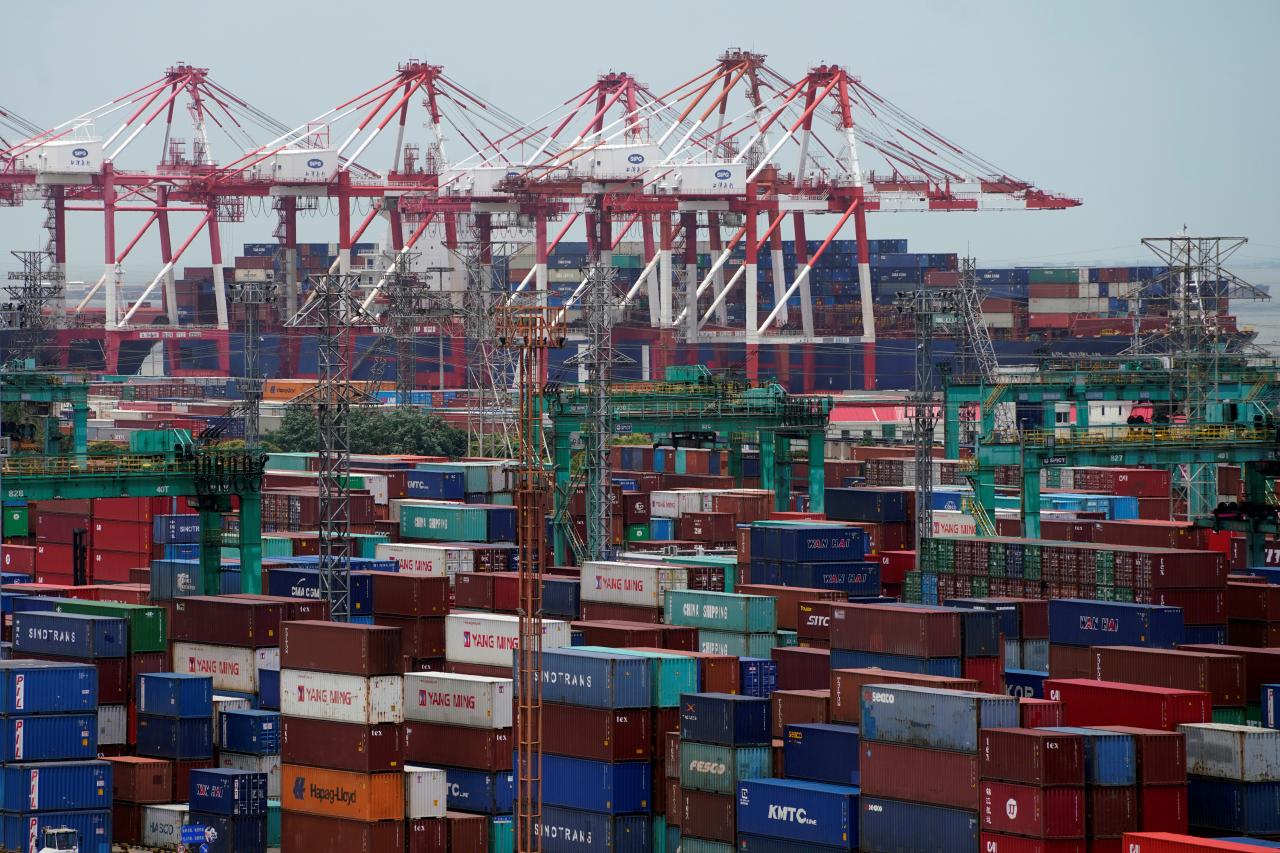 WASHINGTON (Reuters) - The Trump administration plans to propose slapping a 25-per cent tariff on $200 billion (152 billion pounds) of imported Chinese goods after initially setting them at 10 percent, in a bid to pressure Beijing into making trade concessions, a source familiar with the plan said on Tuesday.
President Donald Trump’s administration said on July 10 it would seek to impose the 10-percent tariffs on thousands of Chinese imports. They include food products, chemicals, steel and aluminium and consumer goods ranging from dog food, furniture and carpets to car tires, bicycles, baseball gloves and beauty products. While the tariffs would not be imposed until after a period of public comment, raising the proposed level to 25 percent could escalate the trade dispute between the world’s two biggest economies. The source said the Trump administration could announce the tougher proposal as early as Wednesday. The plan to more than double the tariff rate was first reported by Bloomberg News. There was no immediate reaction from the Chinese government. In July it accused the United States of bullying and warned it would hit back. Investors fear an escalating trade war between Washington and Beijing could hit global growth, and prominent US business groups have condemned Trump’s aggressive tariffs. Stock markets edged up globally on Tuesday on a report that the United States and China were seeking to resume talks to defuse the budding trade war. Representatives of US Treasury Secretary Steven Mnuchin and Chinese Vice Premier Liu He have been speaking privately as they seek to restart negotiations, Bloomberg reported, citing sources. A spokeswoman for the US Trade Representative’s Office declined to comment on the proposed tariff rate increase or on whether changing them would alter the deadlines laid out for comment period before implementation. In early July, the US government imposed 25-percent tariffs on an initial $34 billion of Chinese imports. Beijing retaliated with matching tariffs on the same amount of US exports to China. Washington is preparing to also impose tariffs on an extra $16 billion of goods in coming weeks, and Trump has warned he may ultimately put them on over half a billion dollars of goods - roughly the total amount of US imports from China last year. The $200 billion list of goods targeted for tariffs — which also include Chinese tilapia fish, printed circuit boards and lighting products — would have a bigger impact on consumers than previous rounds of tariffs. Erin Ennis, senior vice president of the US China Business Council, said a 10 percent tariff on these products is already problematic, but more than doubling that to 25 percent would be much worse. “Given the scope of the products covered, about half of all imports from China are facing tariffs, including consumer goods,” Ennis said. “The cost increases will be passed on to customers, so it will affect most Americans pocketbooks.” Trump had said he would implement the $200 billion round as punishment for China’s retaliation against the initial tariffs aimed at forcing change in China’s joint venture, technology transfer and other trade-related policies. He also has threatened a further round of tariffs on $300 billion of Chinese goods. The combined total of over $500 billion of goods would cover virtually all Chinese imports into the United States. The U.S. Trade Representative’s office initially had set a deadline for final public comments on the 10 percent proposed tariffs to be filed by Aug. 30, with public hearings scheduled for Aug. 20-23. It typically has taken several weeks after the close of public comments for the tariffs to be activated.