Trump to visit families of victims of Texas school shooting 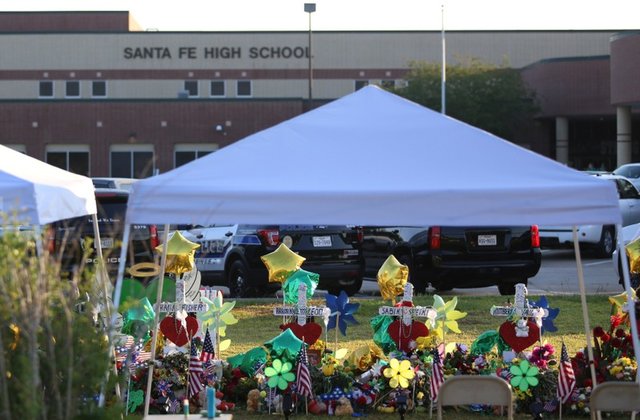 Trump to visit families of victims of Texas school shooting

WASHINGTON (Reuters) - President Donald Trump will meet with the families of victims of the Santa Fe High School shooting on a visit to Texas on Thursday, White House spokeswoman Sarah Sanders said. Eight students and two teachers were killed at the Santa Fe High School near Houston when a teenage student opened fire in a classroom on May 18. The president had been previously scheduled to attend campaign fundraisers in Houston and Dallas on Thursday. Sanders said that while in Houston, Trump will meet with victims’ families “to personally offer his condolences and support.” After the shootings, Trump said his administration “is determined to do everything in our power to protect our students, secure our schools and do everything we can to keep weapons out of the hands of those who pose a threat to themselves and to others.” The White House reactivated a school-safety commission that was formed after the high school shooting in Parkland, Florida, in February that left 17 dead. Sanders said that the commission is meeting again this week to determine “the best ways forward and how we can do every single thing within our power to protect kids in our schools and to make them feel safe and make their parents feel good about dropping them off.” In March, the administration released a safety plan that, among other things, pledged to provide funds for firearms training for some school personnel. Trump supports a bill in Congress that would strengthen the federal system that checks the background of gun buyers, but the legislation remains stalled in the Senate.