Trump tweets: China has 'much to give' in trade negotiations 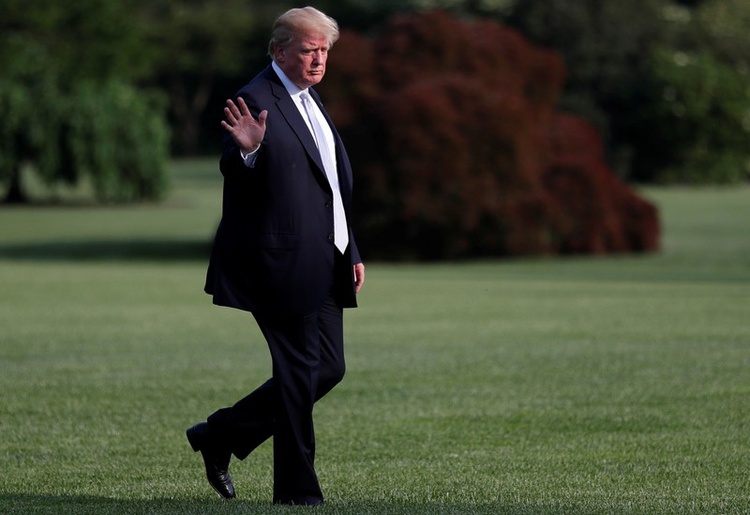 Trump tweets: China has 'much to give' in trade negotiations

WASHINGTON (Reuters) - US President Donald Trump said in tweets on Wednesday that “nothing has happened” with China’s ZTE Corp (000063.SZ) and that Beijing has “much to give” Washington on trade, denying suggestions that his administration was “folding” in negotiations with Beijing. Trump on Monday had defended his decision to revisit penalties on ZTE for flouting U.S. sanctions on trade with Iran, in part by saying it was reflective of the larger trade deal the United States is negotiating with China. “Nothing has happened with ZTE except as it pertains to the larger trade deal,” Trump said on Twitter. “We have not seen China’s demands yet, which should be few in that previous U.S. Administrations have done so poorly in negotiating. The U.S. has very little to give, because it has given so much over the years. China has much to give!” The Trump administration has yet to reveal any details of trade talks expected this week between a delegation led by China’s Vice Premier Liu He, the top economic adviser to President Xi Jinping, and senior Trump administration officials. Liu is due on Capitol Hill on Wednesday afternoon for meetings with members of the trade-focused House Ways and Means Committee as well as with Senate Finance Committee Chairman Orrin Hatch, congressional aides said. U.S. lawmakers on Tuesday rejected any plan by Trump to ease restrictions on ZTE, calling the telecommunications firm a security threat and vowing not to abandon a Commerce Department ruling that bans sales of American components and software to the company for violating terms of a sanctions settlement deal. The ban has caused ZTE to cease operations, and Trump on Sunday tweeted that he had instructed the U.S. Commerce Department to take steps that would restore ZTE’s ability to operate. A group of 33 Democratic senators signed a letter urging Trump to instead focus on strategies to change China’s trade practices, such as eliminating market-distorting subsidies and forced technology transfers. “Offering to trade American sanctions enforcement to promote jobs in China is plainly a bad deal for American workers and for the security of all Americans,” wrote the senators, led by Senate Democratic Leader Chuck Schumer. “America’s policies toward China should put American workers, farmers and businesses first, not China’s.” Trump tweeted on Wednesday: “There has been no folding as the media would love people to believe, the meetings haven’t even started yet!”