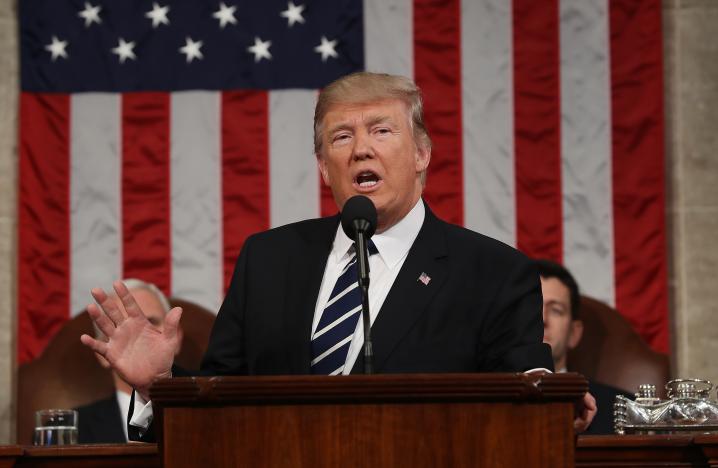 WASHINGTON - The threat of a US government shutdown this weekend appeared to recede after President Donald Trump backed away from a demand that Congress include funding for his planned border wall with Mexico in a spending bill.

Even if the fight over wall funding is over, Republicans and Democrats still have difficult issues to resolve as they face a Friday night deadline when existing money expires for many federal agencies.

There was growing sentiment among lawmakers that they would need to pass a short-term extension of current spending, possibly of one week's duration, in order to finish negotiating longer-term legislation for funding the government through the end of September.

“Yeah, it looks like it,” said Republican Senator Lisa Murkowski, an Appropriations Committee member, when asked about the likelihood of a short-term extension.

But on Tuesday night, some leading Republicans and Democrats in the House and Senate expressed optimism that Congress could pass the longer-term bill and avoid having to rely on another temporary extension of last year’s funding levels.

He added that leadership would make the final decision on which course Congress takes this week.

Trump removed a crucial sticking point when he said on Monday he may wait until Republicans begin drafting the budget blueprint for the fiscal year that starts on Oct. 1 to seek wall funding.

The president's fellow Republicans control both chambers of Congress, but the current spending bill will need 60 votes to clear the 100-member Senate, where Republicans hold only 52 seats. Democratic leaders had said they would not support a bill that included funds for the wall.

The border wall was one of Trump's signature election pledges last year, with the Republican touting it as best way to stop illegal immigrants and drugs from coming into the country.

If no spending measure covering April 29 to Sept. 30 is in place before 12:01 a.m. (0401 GMT) on Saturday, government funds will halt and hundreds of thousands of the country's several million federal employees will be temporarily laid off.

Trump had run the risk of being blamed by Democrats for a shutdown, which would start on his 100th day in office.

Representative Steny Hoyer, the second most powerful Democrat in the House, said he would advise colleagues to support a short-term funding proposal only if a longer-term fix was imminent.

Short-term funding measures, known as continuing resolutions and covering periods of days or weeks, have been used to avert shutdowns in the past. But in 2013, conservative Republicans forced a 17-day shutdown in a failed attempt to repeal then-President Barack Obama's healthcare law, the Affordable Care Act.

'TAKING THE WALL OFF THE TABLE'

Senate Democratic leader Chuck Schumer welcomed Trump's Monday night comments and noted there were Republican opponents of the wall too.

“It’s really good news that the president seems to be taking the wall off the table," Schumer said on the Senate floor on Tuesday. “It would remove the prospect of a needless fight over a poison pill proposal that members of both parties don’t support."

Late on Tuesday, however, White House budget director Mick Mulvaney told CNN that Trump would not agree to other concessions that Democrats had sought - cost-sharing healthcare subsidies for 6 million Americans. The subsidies are part of the Affordable Care Act health insurance law, commonly called Obamacare.

Mulvaney said the White House had offered Democrats to include the Obamacare subsidies in exchange for funding the wall.

"But they said no to that and we agreed to put that off for another day," he said.

By dropping his call for immediate funding for the wall, Trump may clear a path to a spending bill. But he will lose an opportunity to display serious progress on accomplishing his agenda since taking office on Jan. 20.

There is also no guarantee that Congress will want to fund the wall later on, given scepticism running through the Republican Party.

Republican Senator Jeff Flake, who represents the border state of Arizona, told reporters on Tuesday there was a need for a wall in some border locations and alternative deterrents in others.

“A lot of us have been pushing for additional border security funding for a while, but a solitary 2,000-mile wall has never been a must-have for anybody in a border state,” he said.

Trump said he had not changed his stance, tweeting on Tuesday: "It will get built and help stop drugs, human trafficking etc."

Trump has said Mexico will eventually repay the United States for wall construction, but the Mexican government has been adamant it will not do so, and Trump has not laid out plans to compel repayment. Internal Department of Homeland Security estimates have put the cost at $21.6 billion (£16.83 billion).

Republican Senator Roger Wicker said there was a "substantial figure" in the spending bill dedicated to border security. Such spending, not explicitly for a wall, would likely be acceptable to both parties. -Reuters