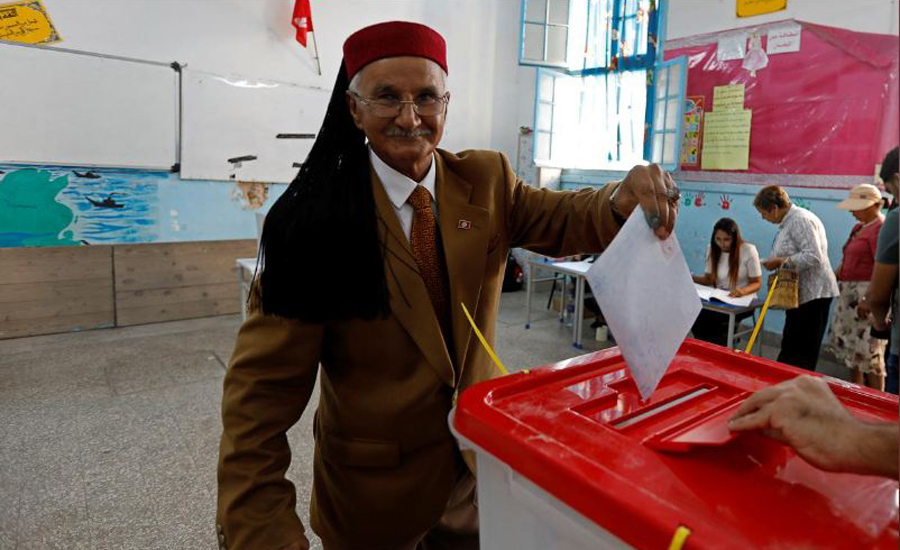 TUNIS (Reuters) - Tunisians began voting on Sunday for a parliament that must address chronic economic problems at a moment when political newcomers are mounting a challenge to the established parties. Voters queued outside polling stations in the capital Tunis, only eight years after rising up to throw off autocratic rule and introduce democracy in a revolution that inspired the “Arab Spring”. But the failure of repeated coalition governments that grouped the old secular elite and the long-banned moderate Islamist Ennahda party to address a weak economy and declining public services has disillusioned many voters. “After the revolution, we were all optimistic and our hopes were high. But hope has been greatly diminished now as a result of the disastrous performance of the rulers and the former parliament,” said Basma Zoghbi, a worker for Tunis municipality. Unemployment, 15% nationally and 30% in some cities, is higher than it was under the former autocrat, Zine El-Abidine Ben Ali, who died last month in exile in Saudi Arabia. Inflation hit a record 7.8% last year and is still high at 6.8%. Frequent public sector strikes disrupt services. Financial inequality meanwhile divides Tunisians and the poverty of many areas has become an important political theme. Any government that emerges from Sunday’s election will face the competing demands of improving services and the economy while further reining in Tunisia’s high public debt, a message pushed by international lenders. While the president directly controls foreign and defence policy, the largest party in parliament nominates the prime minister, who forms a government that shapes most domestic policy.

Sunday’s vote for parliament is sandwiched between two rounds of a presidential election in which turnout has been low and which advanced two political newcomers to the runoff at the expense of major-party candidates. It is not clear what that may mean for Sunday’s election, in which Ennahda is one of several parties hoping to emerge with most votes, including the Heart of Tunisia party of media mogul Nabil Karoui. Weeks before the presidential vote, Karoui was detained over tax evasion and money laundering charges made by a transparency watchdog three years ago, which he denies, and has spent the entire election period behind bars. However, his success in the first round of the presidential election along with the independent Kais Saied, a retired law professor with conservative social views, has put pressure on the established parties. If none emerges as the clear winner on Sunday, it could complicate the process of building a coalition government. Reflecting the uncertain atmosphere, Ennahda and Heart of Tunisia have sworn not to join governments the other is part of, a stance that bodes ill for the give-and-take vital to forming an administration. If even the biggest party fails to win a large number of seats, with many independents standing, it may struggle to build a coalition reaching the 109 MPs needed to secure majority support for a new government. It has two months from the election to do so before the president can ask another party to begin negotiations to form a government. If that fails, the election will be held again.