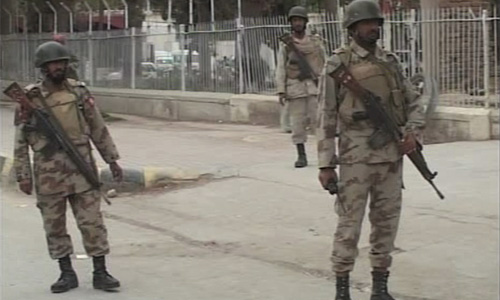 TURBAT (92 News) – Thirteen terrorists, including mastermind of the Turbat massacre, were killed while several others injured in an encounter with the FC and security forces in Gabeen area of Turbat on Monday. The terrorists had killed 20 labourers in Turbat. The mastermind was identified as commander Hayat, while commander Zareef has been arrested. Helicopters participated in the operation and recovered automatic weapons and rocket launchers from the terrorists. The FC IG said that the revenge for each drop of the blood of innocent people will be taken. "Terrorists want to disrupt peace, but they cannot succeed," he said.