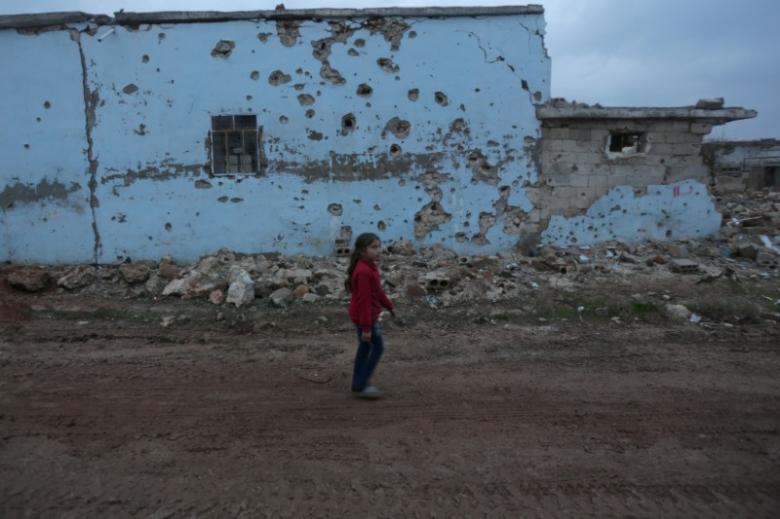 ANKARA - Turkey aims to establish a ceasefire in Syria before the new year, and will act together with Russia as a guarantor of the deal, Turkish Foreign Minister Mevlut Cavusoglu said on Thursday. In an interview with broadcaster AHaber, Cavusoglu also said all foreign fighter groups in Syria - including Hezbollah - need to leave the country. His comments come a day after Turkey said it and Russia had prepared an agreement for a ceasefire. "We are on the verge of an agreement with Russia. If everything goes alright, we will make this agreement. Russia will be the guarantor of the regime," Cavusoglu said, adding the deal could be implemented before the new year. "Russia and Turkey are guarantors in the agreement being worked on in Ankara. There is nothing final on whether Iran will sign it as a guarantor... All foreign fighters need to leave Syria. Hezbollah needs to return to Lebanon." Cavusoglu's comments appear to signal tentative progress in talks aimed at reaching a truce. However, Ankara's insistence on the departure of Syrian President Bashar al-Assad could complicate negotiations with his biggest backer, Russia. Demands that troops from Lebanese Shi'ite Hezbollah leave Syria may not sit well with Iran, another major backer of Assad. Hezbollah troops are fighting alongside Syrian government forces against rebels opposed to Assad. Syria's main rebel groups were discussing with Turkey the ceasefire proposal being negotiated with Russia, but had rejected Moscow's demand to exclude a rebel stronghold near the capital from any deal, a senior rebel official told Reuters on Wednesday. -Reuters