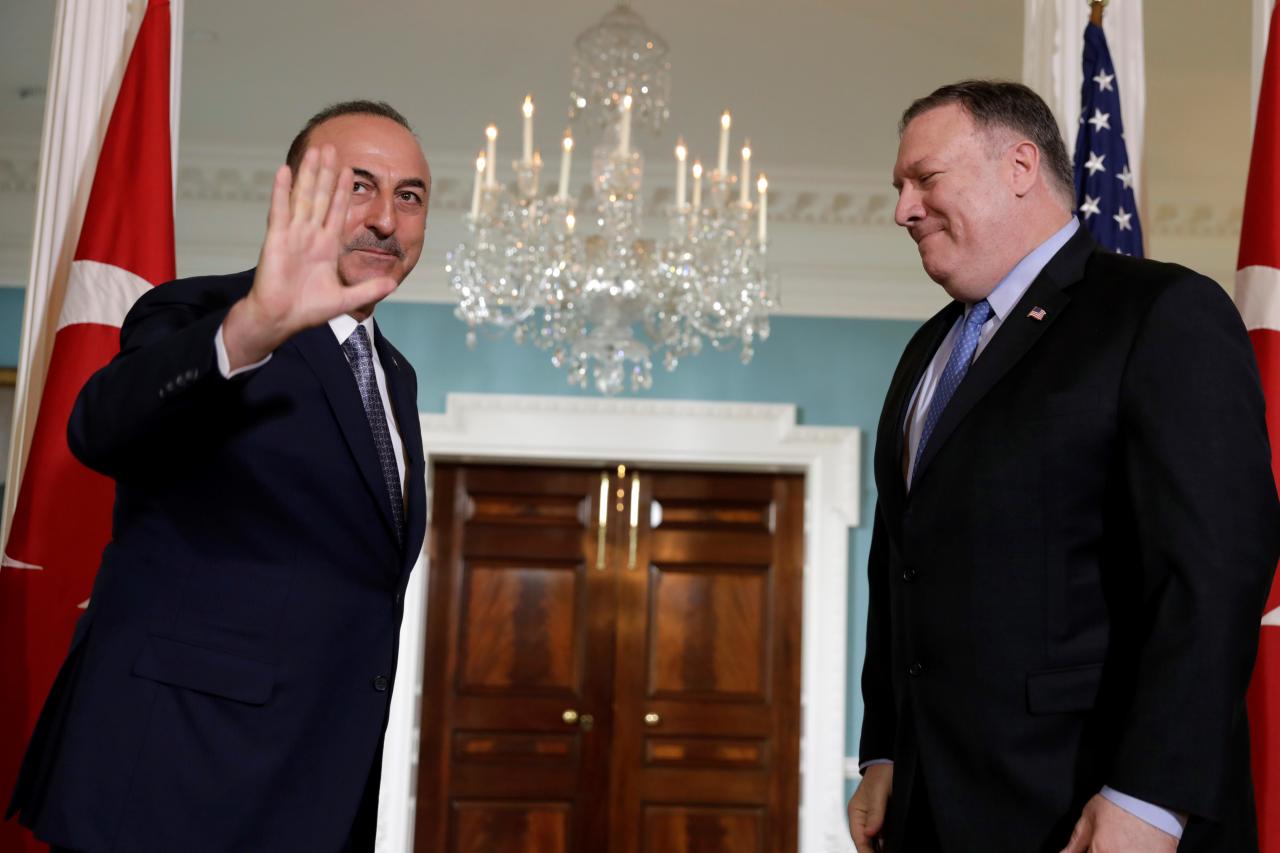 WASHINGTON/ANKARA (Reuters) - Turkey is not entirely satisfied with the level of cooperation it is receiving from Saudi Arabia over the killing of journalist Jamal Khashoggi and may seek a formal United Nations inquiry if its liaising with Riyadh comes to an impasse, Turkish Foreign Minister Mevlut Cavusoglu said on Tuesday. Speaking to reporters in Washington after meeting with U.S. Secretary of State Mike Pompeo, Cavusoglu said Turkey has shared the latest information on the Khashoggi killing with the United States and repeated Ankara’s stance that the truth had to come out on who gave the orders to kill the journalist. “Until now, we have accepted Saudi Arabia’s offers for cooperation with us without hesitation. However, looking at the cooperation now, since we can’t find answers to the questions I just listed, this cooperation is not at the level we want,” Cavusoglu said. “If there is an impasse here and this investigation only goes so far or there isn’t full cooperation, then we can make the necessary applications for an international investigation,” he said, adding that he discussed the issue with U.N. Secretary General Antonio Guterres. Khashoggi, a US-based Washington Post columnist who was a critic of the Saudi government run by Crown Prince Mohammed bin Salman, was killed in October at the Saudi consulate in Istanbul. After offering numerous contradictory explanations for Khashoggi’s disappearance, Riyadh said last week that he had been killed and his body dismembered when “negotiations” to convince him to return to Saudi Arabia failed. The public prosecutor said it would seek the death penalty for five suspects in the case. Turkish President Tayyip Erdogan has said the killing was ordered at the “highest levels” of the Saudi government, but has not directly accused Prince Mohammed. Saudi Arabia has denied that the prince ordered Khashoggi’s killing. Cavusoglu also said that both he and Erdogan had listened to the audio recording of Khashoggi’s murder. “It is very disgusting. If you listen to it you can understand that it is premeditated murder,” he said, adding that it was up to the Turkish judiciary to decide whether to release the recording. US President Donald Trump on Tuesday vowed to remain a “steadfast partner” of Saudi Arabia, despite saying that the Saudi crown prince may have known about the plan to murder the dissident journalist last month. Asked if he got the impression from U.S. officials that Washington was considering letting go of the Khashoggi killing, Cavusoglu said: “No. I did not get an impression that U.S. will not follow up,” adding that Pompeo told him he wanted to see the outcome of both Turkish and Saudi probes on the issue. Cavusoglu also said that Ankara’s purchase of Russian S-400 surface-to-air missile systems, incompatible with NATO defenses, is a done deal and cannot be canceled, but said that Turkey was in need to for further defense procurement that could be bought from the United States. Turkey has also handed to the United States a list of 84 individuals who it wants extradited, Cavusoglu said, over their links with Islamic cleric Fethullah Gulen, who is blamed by Ankara for orchestrating a 2016 coup attempt. Gulen, who has lived in self-imposed exile in Pennsylvania since 1999, denies involvement. Cavusoglu said that Ankara had passed on the list following a telephone conversation between Erdogan and Trump.