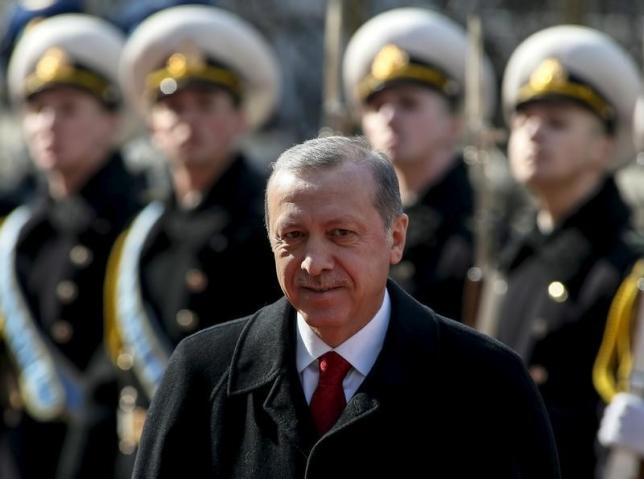 ANKARA - Turkey's parliament overwhelmingly passed a security law on Friday to broaden police powers and allow the use of firearms against demonstrators, deepening fears of crackdowns on dissent ahead of parliamentary elections. The legislation has sparked fierce criticism from opposition parties who say the ruling AK Party is becoming more authoritarian. Members of Turkey's restive Kurdish minority say the law could be used to target them. The government abruptly withdrew the bill last month after several unruly debates descended into brawls in parliament. The slimmed-down version that passed by a margin of 199 to 32 retains the key security measures, opponents say. Also on Friday, parliament passed another law that has sparked an outcry from critics, allowing government ministers to restrict access to websites deemed to threaten lives, public order or people's rights and freedoms. Ankara has repeatedly said its security reforms bring police powers into line with those of its European partners, although this is disputed by rights groups. Critics say Turkey's freedom of speech and constitutionally enshrined secularism are under threat from the AK Party founded by President Tayyip Erdogan. Erdogan brooks little dissent and dozens have faced legal action for insulting him since he became president, including a 13-year-old for a Facebook post. He wants the AK Party to win a two-thirds majority in the June polls that would allow it to change the constitution and create a full presidential system. Hursit Gunes, a lawmaker for the opposition Republican CHP party, said on Thursday that by rushing the law through parliament before the elections, the government could stir up tensions in sharply polarized Turkey. The legislation could be used to clamp down on Kurdish protests in the event the pro-Kurdish HDP party fails to attract the minimum 10 percent of the vote to enter parliament, Gunes said. HDP's support is currently close to the threshold. "Assume HDP cannot pass the 10 percent election barrier. There will be a lot of tension in (predominantly Kurdish)southeastern Turkey. The government will be very brutal in response, this bill will help them do that," Gunes added. - Reuters