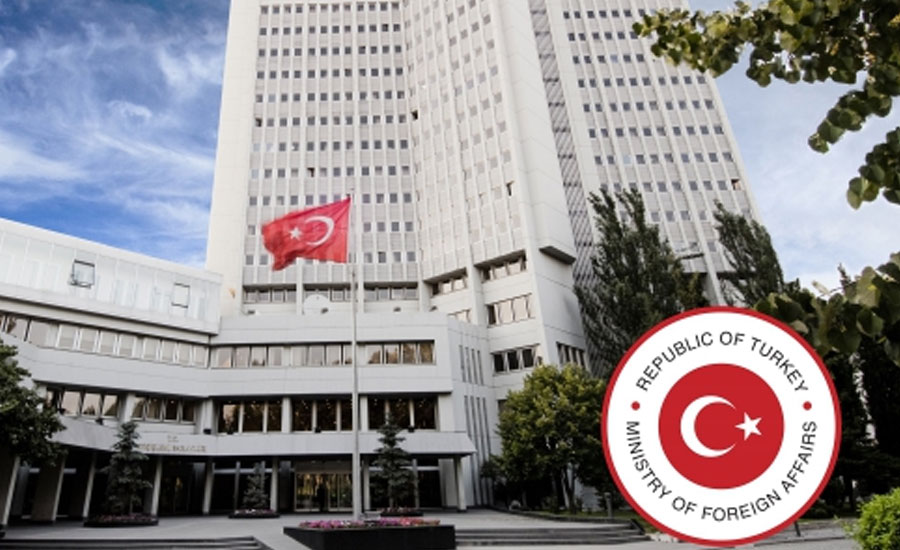 ISTANBUL (92 News) – Turkey welcomed the consolations session of United Nations Security Council (UNSC) on Indian Occupied Kashmir (IoK). According to a statement of Turkish foreign office, Turkey hailed the UNSC’s decision to address the issue of Kashmir in its session. “We welcome the consultations held at the UNSC on Indian-held Jammu Kashmir (August 16) under the title "India-Pakistan", with a view to de-escalating tension in the region and upholding diplomacy,” the statement read. “We believe that the UN should play a more active role in resolving the issue within the framework of the resolutions it adopted earlier,” the statement stated. “We reaffirm our hope that the issue will be resolved on the basis of international law and through dialogue between the relevant parties and we call upon the parties to exercise restraint and to refrain from unilateral steps which may increase tension,” the statement added. On Aug 16, the UNSC meeting held to discuss the serious situation in IoK concluded in New York. According to diplomatic sources, the UNSC will discuss the Kashmir dispute under agenda item Pakistan-India question. This is a big success for Kashmir and Pakistan. The debate is happening after five decades. The request to convene the meeting of UNSC on Kashmir was made by Foreign Minister Shah Mehmood Qureshi. Last time when Jammu and Kashmir found a reference in UNSC resolutions was in 1998 in resolution 1172, after Pakistan conducted nuclear tests. However, the mention under India Pakistan question is after decades. Pakistan’s Permanent Representative to United Nations Dr Maleeha Lodhi has said that the world is concerned about the Kashmir situation. Briefing the media after the meeting of the United Nations Security Council on Friday, she said that the Kashmir issue is not an internal matter of India. “We want a permanent solution to the Kashmir issue. We will not leave the Kashmiris alone.” Maleeha Lodhi said that today Indian stance of declaring Jammu and Kashmir as its internal matter has been negated. “The UNSC has nullified the Indian claims that Kashmir is its internal matter.”