Turkey will not leave Syria until Syrian people have an election, Erdogan says 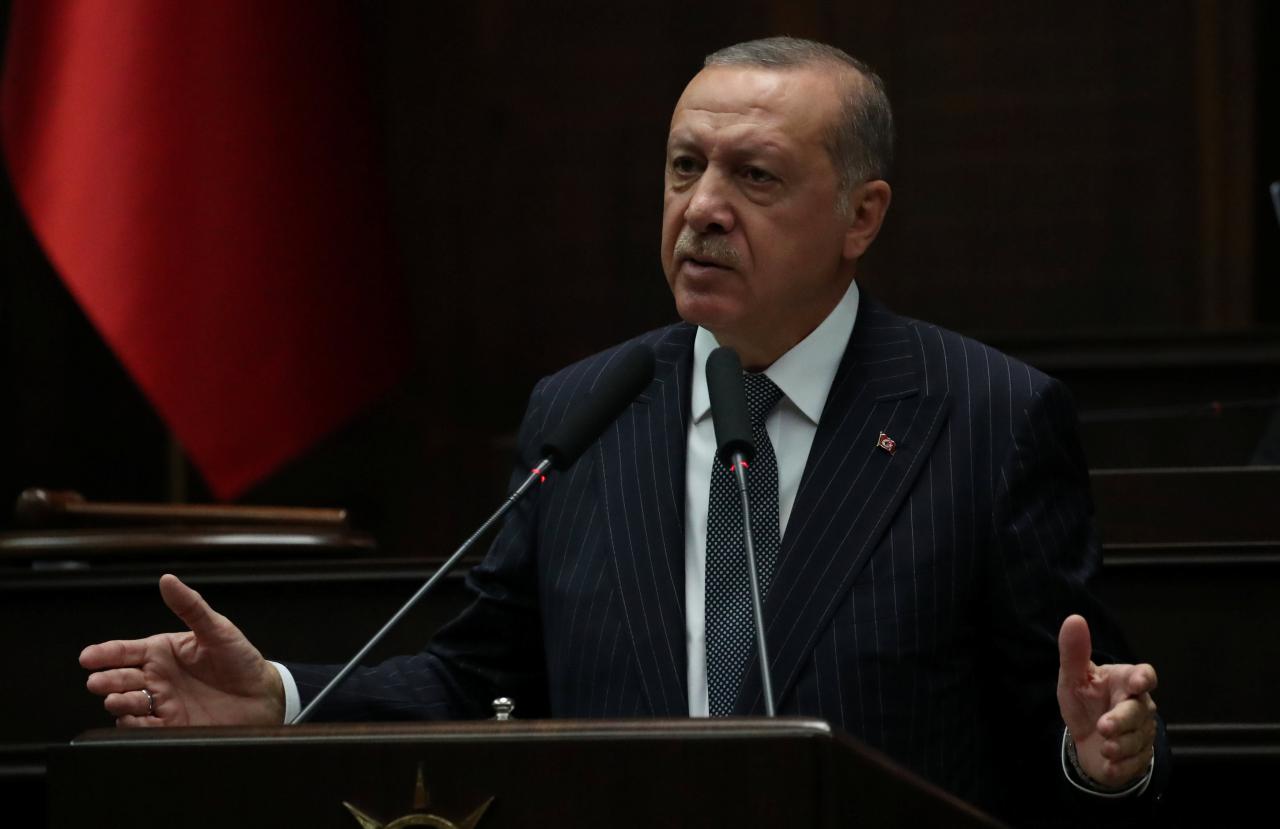 Turkey will not leave Syria until Syrian people have an election, Erdogan says

ISTANBUL (Reuters) - Turkey will not leave Syria until the Syrian people hold an election, Turkish President Tayyip Erdogan said on Thursday.
“Whenever the Syrian people hold an election, we will leave Syria to its owners after they hold their elections,” Erdogan said at a forum in Istanbul. Erdogan agreed with Russian President Vladimir Putin last month to set up a demilitarized zone between rebel and government fighters in northern Syria. It also has a presence in the northwest Afrin region and further east, around Jarablus. Erdogan also said on Thursday that Turkey is not experiencing difficulty in conducting talks with radical groups in Idlib, the last major rebel-controlled enclave outside Syrian President Bashar al-Assad’s control. Hayat Tahrir al-Sham, which includes the al Qaeda-linked group formerly known as Nusra Front, is the most powerful jihadist alliance in Idlib. Turkey designated the group a terrorist organization in August, matching a decision by the United Nations in June. Last month, in a summit in Sochi, Erdogan and Russian President Vladimir Putin agreed to create a demilitarized zone with a depth of 15-20 km, from which radical groups will withdraw by October 15. On Thursday, Erdogan said that in addition to 12 observation hosted by Turkey in the area, Russia has 10 observation points and Iran has six. “Securing this corridor means securing Idlib,” he said. “And we have started fortifying our observation posts.”