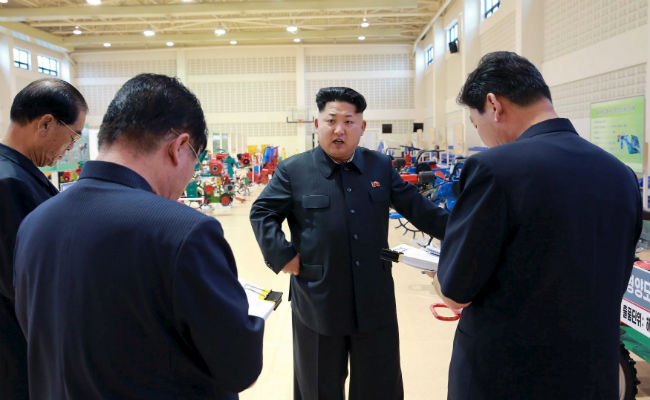 SEOUL - North Korea is creating its own time zone, moving its clocks back by 30 minutes to mark the 70th anniversary of Korea's liberation from Japanese rule, the official KCNA news agency said on Friday. North Korea is in the same time zone as rivals South Korea and Japan, nine hours ahead of Greenwich Mean Time. The change to what it calls "Pyongyang time" will become effective on Aug. 15 and return it to the time zone used across the Korean peninsula before Japanese rule. "The wicked Japanese imperialists committed such unpardonable crimes as depriving Korea of even its standard time while mercilessly trampling down its land with 5,000 year-long history and culture and pursuing the unheard-of policy of obliterating the Korean nation," KCNA said. Korea had used 127 degrees 30 minutes east - the longitude that KCNA said would be used for the new time zone - when it first introduced the concept of an official time zone in 1908. Japan ruled the Korean peninsula from 1910 to 1945. A decree by colonial Japan in 1912 moved the time line to where Korea Standard Time is currently set, 135 degrees east longitude. -Reuters