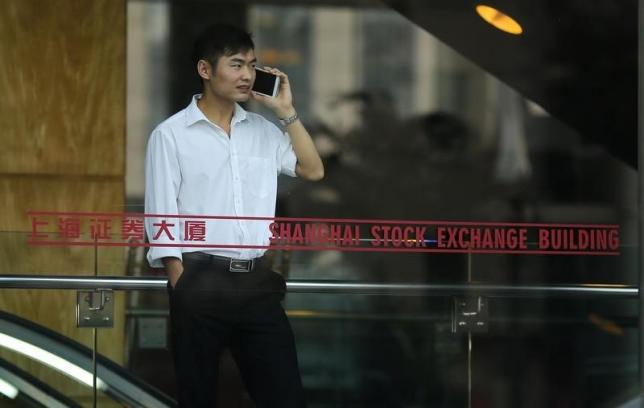 SHANGHAI - China's stock trading fever has made the Shanghai Stock Exchange the world's biggest in terms of turnover, surpassing the New York Stock Exchange, but the explosion in volumes has exceeded the ability of the exchange's software to report it. The exchange's trading turnover exceeded 1 trillion yuan ($161.28 billion) for the first time on Monday, but the data could not be properly displayed because its software was not designed to report numbers that high. "This is a software configuration issue, not a technical glitch," the Shanghai Stock Exchange said in a statement, adding that trading and price quotes for individual stocks were not affected. The exchange said it would need to replace its current software files that handle volume reporting to resolve the issue. China's stock market has nearly doubled over the past six months on hopes of monetary easing, with the world-beating performance luring retail investors who have been opening accounts at a record pace. Trading turnover on the Shanghai and Shenzhen stock exchanges totaled $1.85 trillion and $1.56 trillion respectively in March, making the two bourses the world's biggest that month, according to the World Federation of Exchanges. The New York Stock Exchange had a turnover of $1.53 trillion in March, and the NasdaqOMX a total turnover of $1.1 trillion. The Shanghai Stock Exchange said that the current software package, called SHOW2003, can only support trading turnover below 1 trillion yuan, and was being gradually replaced by new software. - Reuters