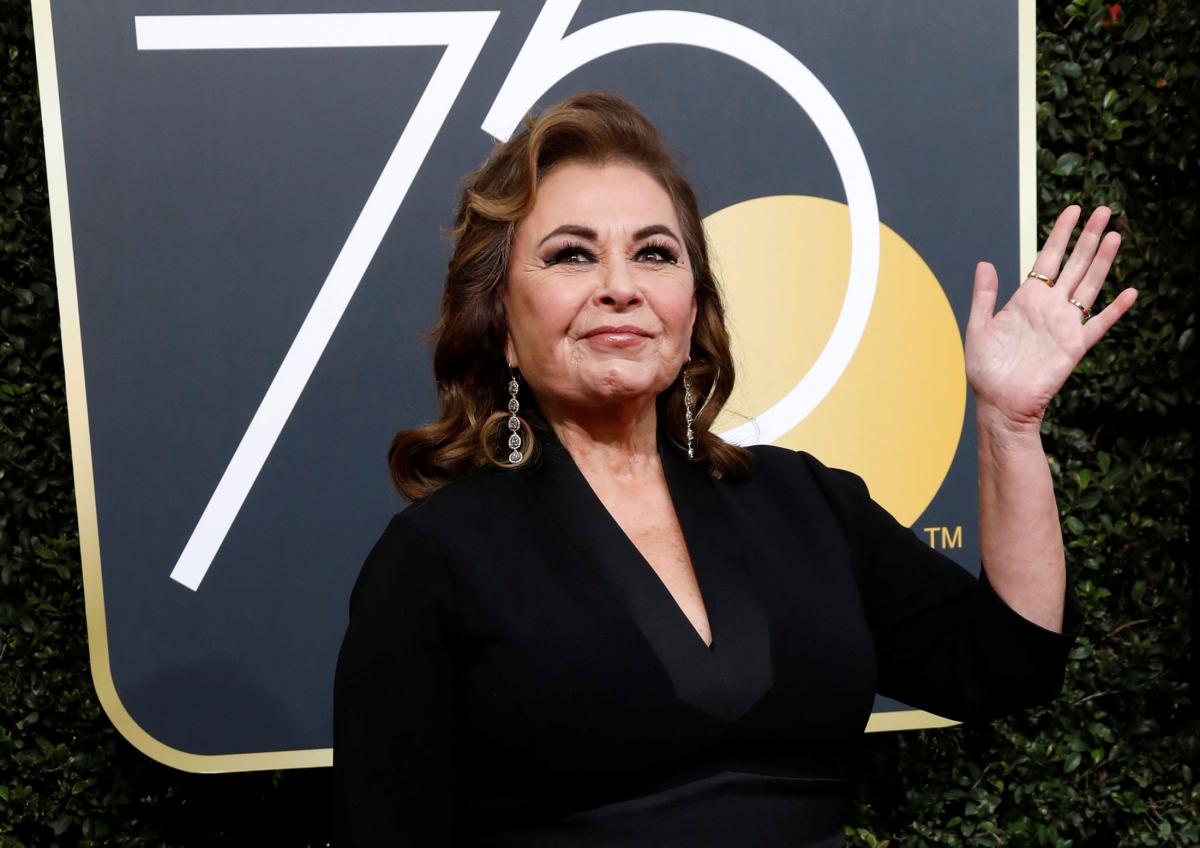 LOS ANGELES (Reuters) – Walt Disney Co’s ABC network on Tuesday swiftly canceled the popular US television comedy “Roseanne” after star Roseanne Barr incited outrage by comparing a black former Obama administration official to an ape in remarks on Twitter. The show, a revival of the 1990s hit “Roseanne,” was ABC’s most widely watched prime time show for the TV season that ended last week. President Donald Trump has cited its huge viewership as evidence his supporters, who include Barr, want shows that speak to their concerns. “Roseanne’s Twitter statement is abhorrent, repugnant and inconsistent with our values, and we have decided to cancel her show,” ABC Entertainment President Channing Dungey said in a statement. In a since deleted comment on Twitter, Barr compared Valerie Jarrett, a former adviser to President Barack Obama, to an ape. Barr wrote that if the Islamist political movement “muslim brotherhood & planet of the apes had a baby = vj.” The actress, 65, apologized “for making a bad joke” about Jarrett, who is black and was born in Iran to American parents. Barr’s tweet followed a Twitter conversation referring to a Wikileaks allegation that the CIA spied on French presidential candidates during the Obama administration. Jarrett, 61, said on Tuesday that Disney Chief Executive Bob Iger called her before ABC announced the show’s cancellation. “I think we have to turn it into a teaching moment,” Jarrett said at a taping of an MSNBC town hall event called “Everyday Racism in America” that the network released ahead of its scheduled broadcast. “I’m fine. I’m worried about all the people out there who don’t have a circle of friends and followers coming to their defense.” Hollywood talent agency ICM said in a statement on Tuesday it will no longer represent Barr. The fallout from the show’s cancellation also hit its lucrative syndication market as Viacom said it would pull reruns of the 1990s “Roseanne” episodes from its Paramount, TV Land and CMT cable networks. Another cable network, Laff, also said it was removing reruns of the show. Hulu said the new “Roseanne” show would no longer be available on its streaming service. The original “Roseanne” ran from 1988 to 1997, featuring a blue-collar family, the Conners, with overweight parents struggling to get by. It was praised for its realistic portrayal of working-class life. The current “Roseanne” was ABC’s biggest hit of the 2017-2018 season, drawing an average 18.7 million viewers, second only to CBS sitcom “The Big Bang Theory,” according to Nielsen data through May 20. ABC aired nine episodes of “Roseanne” from March until May and generated $22.8 million in ad revenue, or 2.5 per cent of the network’s total for the season, according to iSpot data. In late March, the network renewed the show for another season. Disney shares, which had fallen on a disappointing debut for the latest “Star Wars” movie, closed down 2.46 per cent at $99.69 on the New York Stock Exchange. Markets were down sharply overall on concerns about political instability in Italy. Disney’s Iger added on Twitter: “There was only one thing to do here, and that was the right thing.” White House spokeswoman Sarah Sanders, asked whether Trump thought the show should have been canceled, told reporters traveling with the president to Nashville, Tennessee: “That’s not what the president is looking at. That’s not what he’s spending his time on. I think we have a lot bigger things going on in the country right now.” Anger among the show’s supporting cast added to pressure on ABC. Sara Gilbert, who plays daughter Darlene, on Twitter called Barr’s comments “abhorrent.” Emma Kenney, who plays Gilbert’s on-screen daughter Harris, said she had decided to leave the series because of Barr’s words even before ABC canceled the show. “As I called my manager to quit working on Roseanne, I found out the show got canceled,” Kenney wrote on Twitter. Emmy-winning comedian and “Roseanne” consulting producer Wanda Sykes was the first prominent figure associated with the show to cut ranks, quitting hours after Barr’s comments. Tuesday’s furor echoed a 2013 incident in which Barr, in a subsequently deleted tweet, said black former Obama administration official Susan Rice “is a man with big swinging ape balls.”