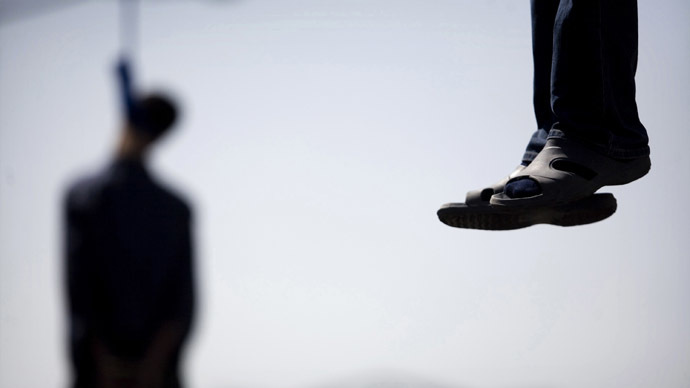 ISLAMABAD - As many as 12 convicts were hanged on Tuesday, an Interior Ministry spokesman said, the largest number of people executed on the same day since an unofficial moratorium on capital punishment was lifted in December. Twenty-seven people have been hanged since Prime Minister Nawaz Sharif lifted a de facto moratorium on capital punishment on December 17, a day after Pakistani Taliban gunmen attacked a school and killed 132 students and nine teachers. The slaughter put pressure on the government to do more to tackle the Islamist insurgency. Since then, the officials have widened the policy to include all prisoners on death row whose appeals have been rejected. "They were not only terrorists, they included the other crimes, some of them were murderers and some did other heinous crimes," the ministry spokesman said of the 12 executed at various jails. The moratorium on executions had been in place since a democratic government took power from a military ruler in 2008. There are more than 8,000 Pakistanis on death row. - Reuters