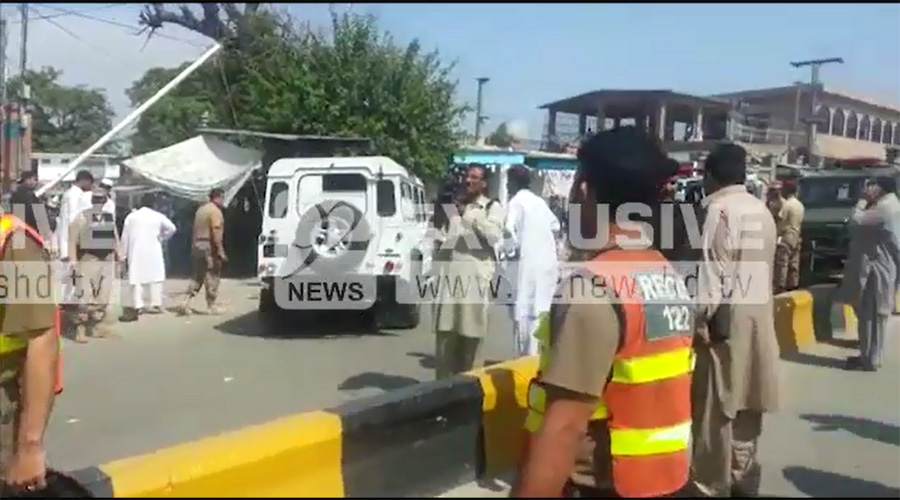 MARDAN (92 News) – At least 13 people, including lawyers and two policemen, were killed and 41 others injured when a suicide bomber blew himself up in Mardan District Courts on Friday. The terrorist hurled a hand grenade before blowing himself up, while his accomplices opened indiscriminate fire on the court premises. The rescue teams arrived at the scene and rushed the victims to nearby hospital for medical assistance, where doctors said that a few of the affectees are in a critical condition. Security forces have cordoned off the area and launched search operation. A large number of people, including lawyers and policemen, were present on the court premises at the time of the blast.